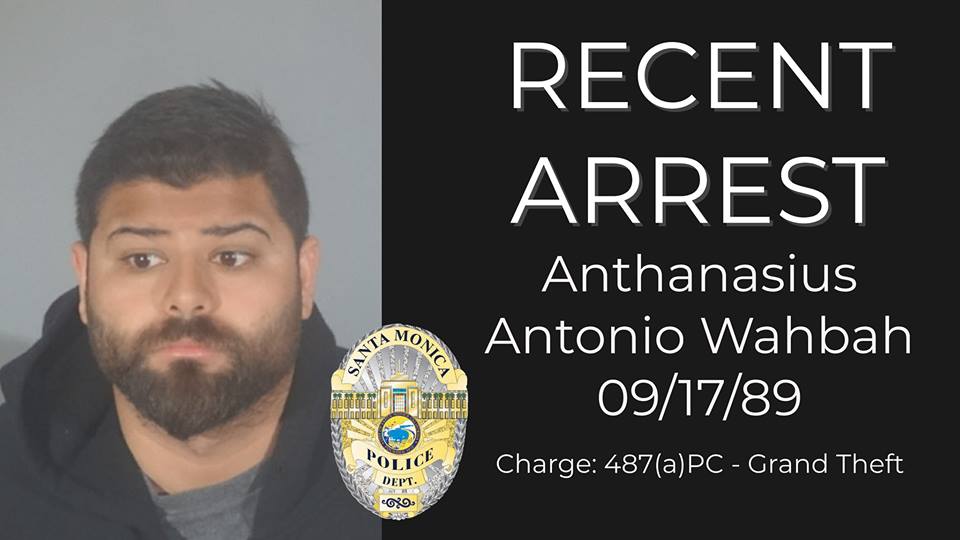 A Santa Monica resident has been arrested and charged with Grand Theft for fraudulently obtaining $45,000 worth of Apple laptops utilizing a company’s credit card.

“Upon serving the warrants, the suspect was quickly taken into custody without incident. Computers, cash and a cellphone were recovered along with valuable information that will be evidentiary to the case,” the SMPD said in a press release.