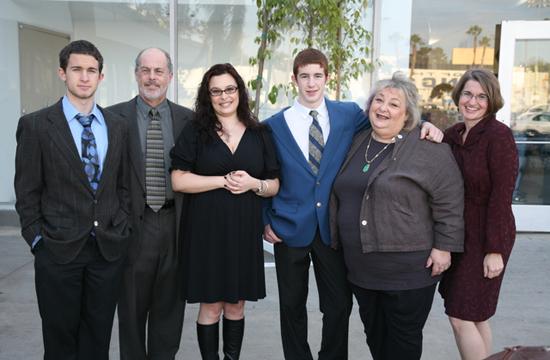 The city turned out to remember Mayor Ken Genser on Sunday, January 24, and the memorial was almost as remarkable as the man being remembered. The mark that Genser left on the community was clearly reflected in the recollections and the sentiments that he inspired that day.

Patricia Hoffman, who described herself as “a friend, colleague, collaborator, and admirer” of Genser, welcomed the hundreds of people who came to Samohi’s Barnum Hall to remember “a family member, a co-worker, an ally, adversary, councilmember, and mayor.”

From vocalist David Winston Barge’s and pianist George Emerson’s performance of “On a Clear Day” as the ceremony opened to “There Will Never Be Another You” as it closed, Ken Genser was remembered. And his memory stirred thoughts, from Fr. Mike Gutierrez, former pastor of St. Anne’s Catholic Church and Shrine, who made the invocation (“On this clear day, we’re here to celebrate his life”) to Rev. Janet McKeithen, pastor of the Church in Ocean Park, who gave the benediction (“When people get to know each other, traditional barriers come down”).

In between, the gathering heard from a diverse group of people who had known Ken Genser. Mara Beck, his niece, recalled that he “loved two things in this world above all else: the City of Santa Monica and my grandmother.” Bruce Shragg, a friend since childhood, remembered that Genser “was chronically sleep-deprived; he seemed to treat sleep as a nuisance; he had many passions, any of which could keep him up all night,” but Shragg added that “the City of Santa Monica was his number one passion.”

That love of the city was a recurring theme, as his friend Kelly Olsen reported that Genser’s license plate frame read, I’d rather be home in Santa Monica, Another theme was the mischievous sparkle in his eye, as was his love for lunching at Izzy’s.

Rabbi Jeff Marx of the Santa Monica Synagogue recalled that the last time he “talked to Ken was at a dreidel-spinning event on the Promenade,” and said that Genser “had a small frame and an enormous heart.” Monsignor Lloyd Torgerson of St. Monica’s Catholic Church said that he had “the great privilege of spending Saturday morning, the day that Ken died” in his hospital room, and “that room was filled with great peace.”

Kelly Olsen called Genser “the most dedicated, brightest, and most effective councilmember and mayor that this City has ever had and probably ever will have.” He then surprised many in the hall by announcing, “It was his wish that Patricia [Hoffman] be on the City Council” as his replacement.

Geraldine Moyle called Genser “a self-nurturing activist,” “somebody with purposeful mischief on his mind at all times,” and recalled “his wicked sense of humor” and “his impish sense of fun.”

City Councilmember Richard Bloom remembered his “extraordinary analytical mind, an outrageous sense of humor, and a childlike mischievousness.” Former City Manager Lamont Ewell, “speaking on behalf of the City workforce,” called Genser “truly an institution all to himself,” “an incredibly brilliant man,” and “a true mensch.” Ewell imagined Mayor Ken Genser and Mayor Herb Katz “sitting together smiling as they engage in an unfinished and probably never-ending debate over the correct height” for buildings in Santa Monica.