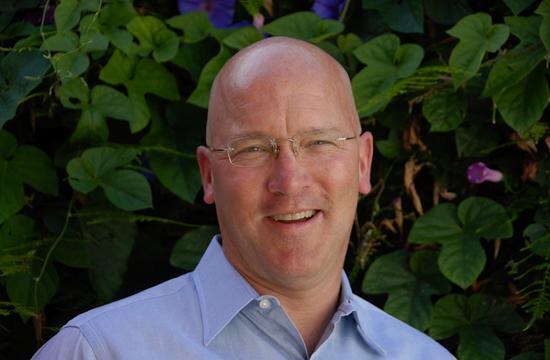 2010 will be the first time Ted, his wife, the designer Beck Taylor, their children, Eleanor and Steele, and their dogs will join the marchers. For the previous three years Ted was a parade producer and, on the day of the parade itself, a wrangler. Producing the parade came naturally to Ted as he had been working in production in the movie business for directors like David Ward (“The Sting”) and Mike Figgis (“Leaving Las Vegas”).

“Ted Winterer is a visionary for the work he did to bring the 4th of July parade to Santa Monica’s Main Street. The parade is a slice of the American Pie,” said Deputy Police Chief Phil Sanchez.

Ted, remembering the first parade, said, “We worked against a backdrop of not knowing if anyone would show up and worrying about what could go wrong. The first year was the most difficult because everything was new to us and we did everything we could to do everything right, but we were worried that we’d forget something essential. Then the whole thing worked and it was a great rush.”

Ted’s first venture into local politics was after he became a father. He and his family lived in the historic Sunshine Court bungalows on 3rd Street. He decided he had to do something about the speeding cars on the street. Ted got in touch with OPCO Ocean Park Community Organization to ask for help and, suddenly he was the chair of the traffic committee of OPCO.

Ted became known in the neighborhood and was asked to join the newly formed Ocean Park Association, OPA. By 2006 he was OPA’s president and worked on citywide issues of traffic and congestion, bicycle safety, and environmental protection of the beach.

When Beck was asked if she would apply for an open position on the Recreation and Parks Commission, she suggested that her husband Ted apply. Ted was interested, motivated by being a father, having always been interested in sports. He having played soccer and softball at school and now having playing soccer with the 30 and over league at Paul Revere.

“Being on the Recreation and Parks Commission was congruent with all my interests. I applied and was appointed. I was getting great experience in City government and all the public issues of the City.”

Ken Genser then encouraged Ted to seek an appointment to the Planning Commission. He took Ken’s advice and was appointed to the Planning Commission. Ted characterizes the Planning Commission as “a lot of work and a steep learning curve. We have thought provoking but collegial disagreements, and I’ve had fun and feel I’ve contributed to the City. “On the Commission I’ve been an advocate, in the LUCE and in individual projects, of making bicycling safer, easier and more fun.” It is a continuation of the work Ted did at OPA starting the Sunday bike valet at the Main Street Farmer’s Market. He supports bringing the B-Line bike system to Santa Monica and he has made sure that the LUCE supports bicycle ridership.

Strongly against putting the recently introduced increases to height limits in the LUCE, Ted said, “It was an 11th hour vote, by the Planning Commission, to increase heights. The fact that it had not been vetted in the public process was very troubling to me. As a City we have been through years of public workshops and meetings where we had committed to support the widespread community sentiment to preserve the scale and character of Santa Monica.”

Ted grew up in that most urban environment, New York City. “While I was raised in an urban environment, I was also raised in the outdoors, camping and backpacking with my family. Santa Monica has all the virtues of an urban lifestyle and still preserves an intimate connection to nature. I make a point of seeing the ocean every day. Living in Santa Monica means that I can get to Mt. Baldy to ski in less than two hours, if I leave at 6:30 in the morning, and still be home it time to have dinner with my family at a great restaurant.”

If you’re looking for Ted Winterer, you can find him, early almost every morning at the beach in Ocean Park. He loves the “historic vibe, the quality of the light, and the feel of the ocean in the breeze.” Ted thinks Ocean Park is a ‘hip’ neighborhood but says about himself, “It’s not that I’m hip, but I do like living in a hip community.”

Ted is a dedicated husband and father, dedicated community servant, and advocate for Santa Monica: the 4th of July parade is an event that epitomizes his values. Talking about the parade he said, “It’s a unifying event. It brings people together to celebrate their shared patriotism in a homespun, volunteer way. You see your friends and neighbors cheering and waving you cheer and wave back and you know you really are part of a small town. I cherish that feeling.”

To do your own waving and cheering, come to the parade! For more information click HERE