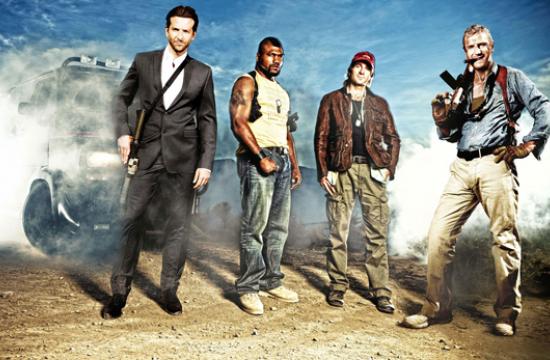 When you can’t beat the heat, it’s time to visit your local icebox movie theater. The summer sun has burst onto the scene and brought along its partner in fun loving escapism, the summer blockbuster parade of movies. Writer/director Joel Carnahan has helped to resurrect the off-beat, over the top action 80s television series, The A-Team, in perfect explosive summer fashion. With an entertaining, fast-paced script, engaging cast, and multitude of unimaginable and nearly impossible action sequences, Carnahan has made what we all need on a hot summer day, a fun way to beat the heat.

The original A-Team series has fans worldwide as it has been running in syndication non-stop since 1986 after a five season run. Not only is it beloved internationally as a cult classic, the series in general has over-arching social iconic status. It’d be safe to say anyone over the age of eighteen knows who Mr. T is thanks to the A-Team and a multitude of t-shirts coining his catchphrases from the show. Even if you saw a black GMC van with a bright red stripe and spoiler, you’d wonder who was brave enough or crazy enough to paint their vehicle in homage to the campy television classic. Director Carnahan could be that guy driving the van, taking on such a task of bringing the series to the big screen while avoiding the many pitfalls of satisfying fans and the box office.

The overall premise of the feature is reminiscent of the original work, detailing a team of Army Rangers who are wrongly accused for a crime they didn’t commit. After breaking out of prison through ridiculous methods, the team reassembles to clear their name, becoming soldiers of fortune and blowing up just about everything in their path. Like many reboot series or revivals lately, the film explains how these highly skilled and lethally talented Rangers came to form the A-Team before setting in motion the plot near the end of the Iraq War. All you really need to know is that these guys will go to any lengths to accomplish the task at hand, whether that be jumping off buildings, stealing entire armored cavalries or you know, taking a tank for a parachute ride through the sky.

Not only is the barrage of stylized action sequences a visual appeal, but the actors portraying these rogue soldiers are a real treat. Liam Neeson plays the leader, Hannibal, perfectly, toting his victory cigar and Bradley Cooper is smooth as Lt. ‘Face’ Peck hitting every line on point. B.A. Baracus is taken over by Quinton ‘Rampage’ Jackson and he is admirable in the role made famous by Mr. T. But the real show stealer is Sharlto Copley in his second feature film work, as the wacky, possibly mentally deranged Murdock. Jessica Biel also co-stars as Lieutenant Sosa, but every time Copley is on the screen it’s pure hilarity.