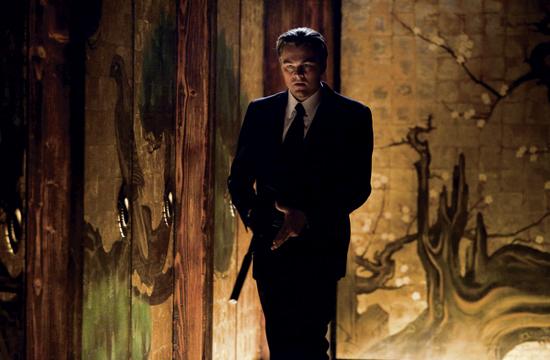 It seems that Christopher Nolan may have pulled off one of the more amazing feats in recent summer blockbuster history. With his new film, Inception, Nolan has successfully infused a visually stimulating heist action movie into a well-crafted, cerebrally-layered, character-driven story.

Inception is definitely not your average summer action flick, presenting an innovative film that engages the audience instead of dumbing down to the lowest common denominator. Writer/Director Nolan brings to life a smart and imaginative film that took him nearly ten years to write and merely an opening weekend to dissolve a summer stigma.

The film is set in the near future where people’s minds, specifically their dreams can be infiltrated through a technically advanced system. Dom Cobb (Leonardo DiCaprio) is an expert in the field and highly-skilled in the process of extraction, wherein another individual’s ideas and secrets are stolen during dream state. His innate ability to traverse the mindscape not only has made him a sought after agent of intelligence theft but also destroyed any semblance of a normal existence.

When high stakes corporate businessman Saito (Ken Watanabe) presents Cobb with an opportunity to gain back his personal life though, it seems like an almost impossible scenario. Instead of extracting information, Saito needs Cobb to create inception by implanting an idea in the mind of a business competitor in order to bring down a rival corporation. Cobb assembles a team with the help of his right hand man, Arthur (Joseph Gordon-Levitt) including a young, brilliant architect (Ellen Page) to build the dreamscape, a forger to impersonate actual people and a sedative expert. Yet, no one in the team is prepared for the challenges that await them as they delve deeper into the subconscious realm.

With a multi-layered story—that keeps the audience on its toes with regard to what is real and what is a dream—is an engrossing and rewarding experience. In no way is the storyline convoluted or confusing, it just requires an attentive viewer and really that’s not difficult with mind-bending suspense and an extremely talented cast. For the most part, Nolan presents a chronological story outside of the dream world, only flashing back for Dom’s character development.

Even with such a capable cast, including some of Nolan’s previous associates like Michael Caine and Cillian Murphy, Inception really is a vehicle for DiCaprio’s main character. Yet, even with the story focusing in on Dom’s mental torments, the film doesn’t lose sight of the importance of each character and that enforces the emotional connection for the audience. All this character development and emotional resonance only help to enhance the exciting action sequences.

Just take a deep breath before the last half of the film as you will be bewildered with zero gravity fights, puzzling visual effects, and explosions galore. Nolan utilizes CGI effects when absolutely necessary, but still is able to pull off some of the most jaw-dropping visuals. Like his film, Nolan is able to blend old Hollywood imagination with new school tricks seamlessly and in the process captivating the audience.