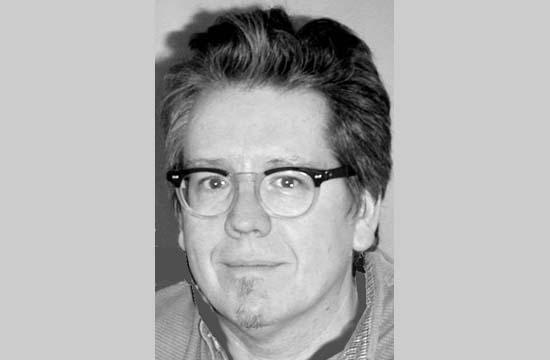 On the one hand, the exultant high following Obama’s election had to wear off or at least morph into something new at some point, and we are in Year Two. It was beautiful and real and historic, but soon enough there was work to be done. The economy, the wars, obstructionism. They colluded to create a post-inaugural buzz kill that even the selection of a White House dog couldn’t brighten. And then the Gulf. We discovered soon enough that those who were against real change would now delight in finessing a triangulation of forces against our new President: America’s collective short-term memory, a media powered more by the drama of “conflict” real and fabricated than by useful information, and a Right concerned about the one thing it values most; its money.

Starting with that last one first; that the GOP functions as a giant lobbyist for corporations and what I refer to as the oil government is old news but the Gulf disaster released something else besides oil. It caused the Right to completely abandon the pretense of having any sort of ideologically consistent platform, especially one that included protecting humans and the planet. While this “Emperor’s New Clothes” nakedness should have created new vulnerability for the Right, it instead manifested itself as criticism of Obama. Republicans relentlessly promoted homeland oil drilling. But when that process proved to be without even reasonable safety parameters, the issue was not oil drilling itself but rather “response.” In what would on another planet qualify as pathetic, “less government” Republicans screamed “Where is the big government response to this oil thing?”

During the tsunami of hypocritical sludge filling the Gulf along with the oil, one observes the Right more concerned with the fate of off-shore drilling than with the ecological nightmare in our oceans. A ban on deep water drilling until full information concerning the exact causes of the worst U.S. and soon global environmental disaster can be determined actually meets with resistance. For those who remember it, imagine that Three Mile Island did ultimately explode taking hundreds or thousands of citizens with it. Now imagine two weeks after that, politicians are asking if we really need a temporary shut-down of other nuclear power plants because it would cause layoffs.

Arguments about a systematic lowering of America’s perceptive and diagnostic skills always risk sounding like carping, but it’s impossible not to notice the level of simplification in media presentations of the Gulf disaster. The oil-spewing well “live cam” runs as video wallpaper, clarifying the apparently obtuse concept “broken pipe.” We don’t get an in-depth analysis of what crude oil does to the ecosystem of the oceans; we get a female shrimp processor crying. We don’t get the needed review of alternative energy sources that our country should embrace now that we all realize oil doesn’t work; we get correspondents dithering on why Obama hasn’t yet been photographed hugging that tearful female shrimp lady.

Quick note to the White House: Mr. President, I don’t give an oily rat’s backside if you hug anybody in the Gulf today or tomorrow or two weeks from now. Keep working, sir. Keep asking everyone who comes into the room, “Connect for me how the space shuttle works but we can’t plug the hole in the Gulf.” And keep serving-up the image of your two-faced opponents when you address the crowds. Because somehow, sir, I think they are forgetting that you came in after eight year’s of leadership by oil men.

I mean, when was it that Goldfinger’s air force hosed the entire nation with “I don’t remember anything pre-Justin Bieber” juice? Who do you suppose it was that delighted in having the Minerals Management Service deteriorate into the puppets of big oil? Think a minute. There were these two guys and they got “elected” twice, one of with a mechanical heart… the other a possibly mechanical brain…

In his address to the nation on the Gulf oil disaster, our overwhelmingly-elected-by- popular-vote-not-Florida-legal-manipulations-President spent a significant amount of time using the moment to push America toward alternative energies that work. For those wanting that effort to begin in full tomorrow morning, it was of course not enough. But put that alongside the ban on drilling and you see some light at the end of a dark, tar ball-filled tunnel.

America is not dependent on oil because it any way provides our best hope for the future. We’re hooked on oil because the people that profit from that addiction have real and, in my book, frightening power. That the single largest eco-catastrophe in the history of their reign can even for a moment be turned into a referendum on Obama proves my ‘power’ point. That propaganda of that particular type finds any traction says something about the collusion between media and an America that finds itself at ease with the pabulum we get when we go looking for “news.” That all of these forces continue to work in synch to have us process the Gulf and the determination of our President as anything other than what they are shows us how the Grinch steals Obama. And, it causes me to want a hug.