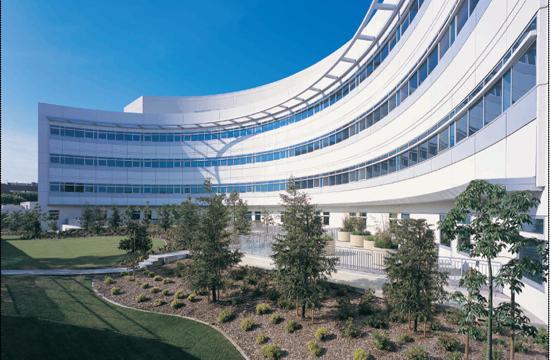 St. John’s Health Center management violated federal labor laws according to a ruling by the National Labor Relations Board on March 9, a decision the hospital is planning to appeal.

Employees held a rally Thursday, July 8 demanding a fair election at the Santa Monica hospital that is free of oppression by the St. John’s administration. The rally and press conference drew 20 registered nurses (RNs) from what can only be described as a chilled atmosphere at the hospital. The union election campaign is still ongoing.

Management has chosen not to speak directly to the nursing staff regarding tensions during the election campaign. St. John’s are filing exceptions to the Administrative Law Judges that ruled against the entity, according to a written statement from the hospital.

The Catholic medical center has been charged with six violations after two years of alleged union busting with “illegal coercive conduct” by administrative staff towards RNs. The formal trial pitted several witnesses against the hospital for allegedly using fear tactics to deter RNs from continuing the election campaign to unionize, something long coveted at the Catholic chain. Management also allegedly threatened disciplinary action to employees who supported the unionization.

The judge ruled that two different department directors had unlawfully interrogated employees about their involvement with the petition and about the union organizing campaign.

St. John’s said the “time honored, effective method” of resolving differing view points during union negotiations needs to be upheld. The method of a long period between filing for a union card and actual election is controversial due to the considerable time allowed for employers to employ union busting techniques.

In 2008, 250 nurses signed a petition that stated the proper nurse-to-patient ratios were not being followed at the hospital in accordance to California safe staffing laws. Staff allegedly threatened discipline to RNs who donned white ribbons that read, “Saint John’s RNs for Safe Patient Care,” in support of the staffing petition. A judge sided with the nurses on the issue.

Jack Cline, one of four nurses from St. John’s who testified against the Santa Monica Branch, said harassment was widespread throughout the hospital, but few were willing to stand against the employer. Unlike the failed union election 10 years ago, he said this time is about the nurses wanting to take a slower approach and hold the management accountable.

Although certain practices have changed – break nurses now handle patient care to alleviate staff breaks instead of doubling up patients on nurses with a full rotation – Cline worries that once the union threat is gone things will revert to old standards.

The California Nurses Association, the labor union St. John’s nurses want to join, filed two complaints against the hospital as well. The human resources department has since released a letter to staff explaining the hospital will move forward with an appeal, St. John’s labor representatives said, that diminished the ruling to a technicality.

Posting employee rights in the hospital for 90 days after the decision, one of the only NLRB requirements, will not happen until after the appeal process, said St. John’s media representative Greg Harrison.

“From the very beginning of our organizing efforts, RNs requested that the hospital take the high road and agree to respect federal law and follow the Bishop’s recommendations for fair elections,” said Lori Hammond, a RN at the facility, in a prepared statement. “Now there is no place that St. John’s management can hide from their bad behavior.”

St. John’s is operated by The Sisters of Charity of Leavenworth, a Kansas-based company that runs 13 medical centers. St. Vincent Healthcare, a sister hospital in Montana, has brought similar labor charges to the national labor board.