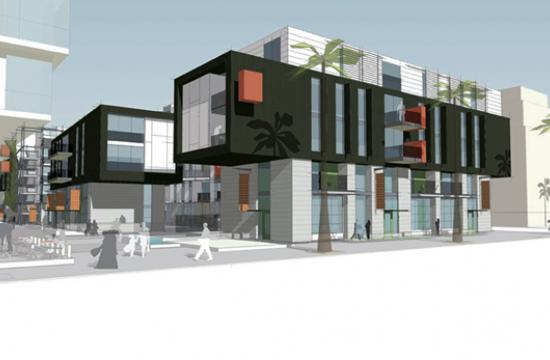 Capital improvement projects make up a big part of Santa Monica’s budget and in most cases the city seeks input from the community during the planning process of these projects.

One such project is The Village, which will be built in Santa Monica’s Civic Center. The project was originally approved by the Santa Monica City Council in June of 2008. However, the developer (Related Companies), has been unable to obtain the needed financing to close escrow and begin construction due to the downturn in the economy.

On July 13, the city council granted Related’s request for an extension of the schedule of performance period for two years and agreed that the start of the project’s construction would be no later than August of 2012. Related has agreed to give the City more of the profits from the sale of the project’s condos in exchange for the extension by modifying the original profit sharing formula.

When built the 3.7-acre site will contain 324 units of which 160 will be affordable to low-income households, including families and artists. The project will also contain public open space, an extension of Olympic Drive, public art and sustainable design.

Another Civic Center project is the improving the landmarked Civic Auditorium. The renovation of the auditorium is part of the Civic Center Specific Plan and Santa Monica’s cultural plan. It is scheduled to begin in January 2012 and projected to take about 18 months. The City is currently negotiating with Nederlander Concerts so they can be the presenter of events at the Civic in partnership with the City. The negotiated result will then be reviewed by the city council sometime this fall.

In May of 2009 the city completed the $750,000 Bicknell Green Street Demonstration Project with the goal of providing water quality improvements. This was done by widening the existing parkways on Bicknell Avenue between Neilson Way and Ocean Avenue, adding 2,700 square feet of previous concrete pavement, adding 1,800 square feet of landscaped/vegetated bioswales, and adding 3,900 cubic feet of runoff storage/infiltration basins. The project is capable preventing runoff from the project’s area from entering the ocean because it is capable of collecting runoff from a inch rainfall during a 24-hour period.

A similar project is the Ocean Park Boulevard Complete Green Street Project, which was recently conceptually approved by the city council. This project is currently in the schematic design phase. When completed this project will result in an enhanced streetscape that is pedestrian and bicycle-oriented and will be capable of collecting urban runoff after a storm. This will be accomplished by placing curb extensions along the boulevard’s existing sidewalk to create a buffer between pedestrians and traffic lanes. The urban runoff will be filtered by landscaped bioswales that will be embedded in these curb extensions.

Also part of the project are new crosswalks at 2nd Street, Highland Avenue and 7th Street, and an improved crosswalk at 3rd Street. Other project improvements include landscaped center medians, over 100 new trees, pedestrian scale lighting, relocation of the Big Blue Bus stop at 4th Street, and the placing of new bike racks, benches and trash receptacles throughout the project site.