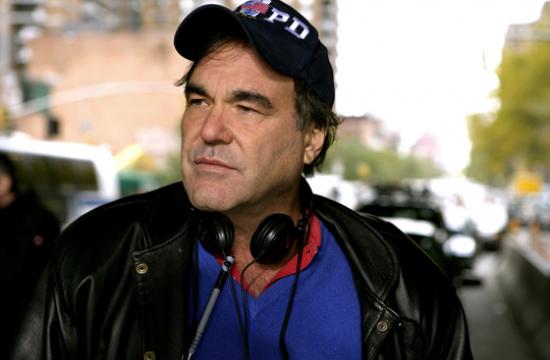 Outside Laemmle’s Monica Theatre on the evening of July 2, the lineup of ticket buyers jostled for sidewalk space with cheering fans greeting Oliver Stone as he arrived to talk about his new film South of the Border. There were also demonstrators, who disapproved of the film’s main subject, Venezuelan president Hugo Chavez.

“Oliver Stone is getting paid to be Hugo Chavez’s Minister of Propaganda,” read one demonstrator’s sign.

South of the Border is a documentary about the political changes that have occurred in South America over the last ten years. Most of the film recounts the rise, fall, and rise again of Chavez, a former soldier who staged an unsuccessful coup against the Venezuelan government in 1992, was jailed, and later succeeded in being elected president due to overwhelming support from the poor majority of Venezuela.

Stone uses footage from both American and Venezuelan media, along with interviews, to tell Chavez’s story. The film unabashedly supports Chavez, who describes himself as a “Bolivarian” after the legendary leader Simon Bolivar who liberated six South American countries, including Venezuela, from colonialism.

Since Venezuela’s main resource is oil, South of the Border examines the political situation in Venezuela through the situation of oil interests. Frequently mentioned in the film are the IMF (International Monetary Fund, a global organization that deals with monetary and economic issues) and the DEA (Drug Enforcement Administration). Stone’s film takes a dim view of the role of these agencies.

When the floor was opened for questions following the screening, the first comment came from an opposition demonstrator, who challenged Stone on some issues he seemed to not have spoken to-that “Chavez changed the Constitution to declare himself president for life; that there are 28 political prisoners in Venezuela, and that many publications have been shut down.”

Stone refuted some of these allegations, calling them “myths” perpetrated by the American government and media. He said that the people of Venezuela voted for a Constitutional referendum and that Chavez made changes to the presidential term limit, also via a referendum. The current Venezuelan constitution calls for a presidential election every six years.

Stone did not answer the charge about publications but according to this reporter’s research, on the Press Freedom Index of Reporters Without Borders which is based on a survey and ranks countries according to how much press freedom they have, Venezuela’s rank is 124 on a list of 175 countries. At press time, this reporter was unable to obtain further information on the question of political prisoners.

“‘President for Life’ is a term that the right wing likes to use,” Stone added. “They have buzz words they use to get the people going if they use them over and over again.”

Santa Monica activist Jerry Rubin, expressing regret for the negative reviews of South of the Border, wanted to know “what this full house (the audience) can do to promote the film?”

Stone stated that he had hope for the “alternative media-the Internet” and word-of-mouth to spread the word about the film. South of the Border will be opening in 20 cities across the U.S. and will eventually be shown in 30 countries.

Stone is currently editing a documentary series (10 hours in length) and also finishing Wall Street: Money Never Sleeps, which will be released this fall. He admitted that his work schedule doesn’t give him additional time to promote South of the Border but he hopes it will be seen by a wider audience eventually.

Stone’s vision is that the country will be taken back from what he calls the “educated elite” and that the working class will unite. “I think the immigrant population of this country is the hope of the future.”