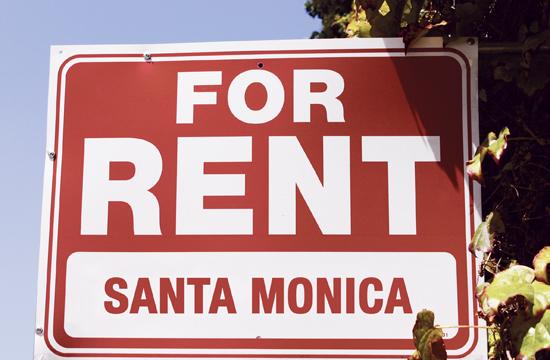 Santa Monica’s City Council unanimously approved placing a measure on the November ballot that could enhance protections for all Santa Monica tenants by amending the City’s charter.

If the measure passes, all of the City’s property owners would have to give their tenants reasonable time to correct rental agreement violations, except for non-payment of rent. The measure requires that a landlord establish good cause to evict any tenant. It also prohibits the eviction of the elderly, disabled, and terminally ill tenants for owner-occupancy unless the owner who wants to live in that property is also elderly, disabled, or terminally ill.

“I’ve decided to change my mind and vote to place this on the ballot,” said Council member Robert Holbrook, prior to the vote. “I thought originally it was not necessary because it could be done by ordinance. However, I’m still very concerned that the apartment owner groups will attack this measure.”

Council member McKeown noted, “We’ve regularly returned to the voters in reviewing such housing protections by doing so as local circumstances and needs have evolved. In the last few years, I’ve seen in the annual Rent Control Board reports increasing indications that circumstances have changed so there was a need to consider better protection for residents and look again at our policies for housing stability in Santa Monica.”

The community members that spoke also were supportive of the ballot measure. Valarie Griffin, the Chair of the Wilshire/Montana Neighborhood Group, told the council “The Wilshire/Montana neighborhood is filled with multi-family housing. Some are affordable. Others are market-rate. All of these homes contribute to the diversity of our neighborhood. All of them deserve the protection described in proposed Charter amendments.”

She also pointed out that, “While some measure of protection could be enacted by ordinance, not all renters could be covered by an ordinance. Also, an ordinance could not be undone by a future city council, so the protection would be harder to remove in the future” if done by a charter amendment.

Santa Monica College District Board of Trustees member Andrew Waizer, told of a “terrifying experience” he had with his landlord who threatened to evict him because he was storing some items outside of his unit.

Marilyn Wilson emphasized, “This is not really a controversial issue, it’s a just issue.”

The council then agreed that Mayor Bobby Shriver and/or Council member Richard Bloom would submit arguments and rebuttals for the measure because neither of them is running for re-election in November. They also directed the City Attorney to prepare an impartial analysis of the measure.