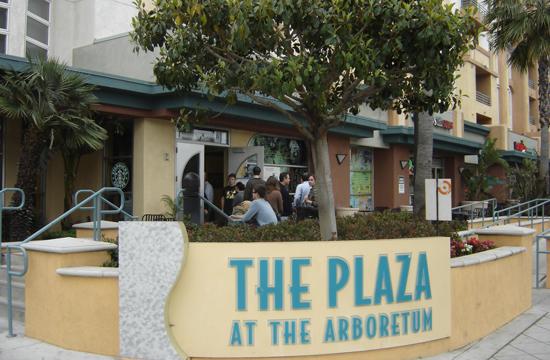 The Santa Monica City Attorney’s office recently finalized the settlement conditions from the City’s lawsuit against Blackrock Realty Advisors Incorporated, the owner of The Plaza at the Arboretum. The 350-unit complex is located at 2200 Colorado Avenue.

The lawsuit was filed this February and was in response to numerous and widespread violations of the affordable housing deed restrictions that were part of Blackrock’s Development Agreement with the City for its 97 affordable units.

A key violation stated in the City Attorney’s complaint was that Blackrock “failed to verify the eligibility of applicants and tenants in units that were designated by contract to be affordable for low and moderate income tenants.”

A Development Agreement (DA) is agreed to by City when a developer offers public benefits in exchange for being permitted to build a project with parameters that are outside of the of the City’s zoning standards. The Arboretum’s DA was entered into in 1987. Therefore, the affordable housing violations have been occurring for 23 years.

The settlement conditions were reviewed and approved by the Planning Commission on August 4. They included having the property’s DA and deed restrictions revised to comply with the City’s current affordable housing ordinance and guidelines, and having tenants for the affordable units be selected from the City’s waiting list to ensure compliance.

Blackrock must also conduct affordable housing training and hire permanent experienced affordable housing staff, pay for the next City audit of their DA, pay any relocation expenses for tenants that must move because of their negligence, and attach copies of the deed restriction to residents’ leases.

Prior to approving the conditions, Commissioner Jay Johnson said that he was willing to take the gamble with the new Arboretum operators and the new staff procedures.

Commissioner Ted Winterer called the new conditions “a substantial step forward … with more tools to monitor and enforce the proper allocation of these deed-restricted units.”

During the public input portion of the meeting community activist Katherine Eldridge told the commission there “needs to be a penalty clause in every DA. That penalty should be high enough to override the benefit one makes if they violate those agreements.”

Commissioners recommended that the City Council require developers who enter into DAs face monetary fines and /or other penalties if they violate the City’s Affordable Housing Production Program or their DAs.

Commissioner Jason Parry noted, “if we had penalties in our DAs in past these kind of problems we’re having now would’ve been avoided.”