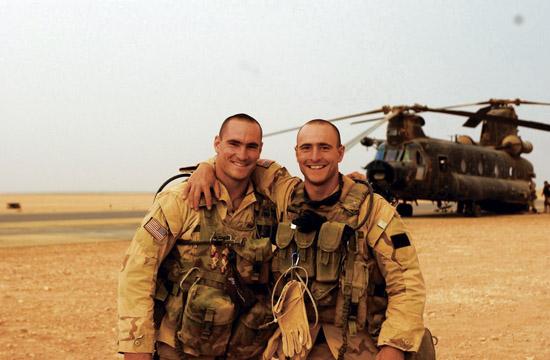 The story of Pat Tillman is a disheartening account of how one man’s life and untimely death were outrageously utilized as a tool of propaganda for the war efforts in Iraq and Afghanistan. This isn’t new information for most Americans within earshot of the nightly news or access to the Internet, but it goes without saying that the details of the cover-up are still very haunting to this day. We like to think that our government is generally concerned about us as individuals, human beings, and not just pawns in a strategic global dominance game. Yet, Amir Bar-Lev’s new documentary, The Tillman Story, further illuminates the tragedy of one family’s undesired connection with the realistic corruption of bureaucratic powers.

United States Army Ranger Pat Tillman was killed on April 22nd, 2004 due to fratricide or as it is usually referred, friendly fire. Corporal Tillman and his troop were engaged in fire with insurgents while on mission in Afghanistan. Initially his death was reported as a heroic effort to protect his other Rangers, putting himself in harm’s way. However, details later surfaced that in actuality Tillman had been shot by his own men who stood a mere 40 yards away in plain sight.

This is the barebones outline of Tillman’s unfortunate death and something fully investigated and analyzed in previous written pieces, including a book by Tillman’s mother Mary Tillman. Even though there have already been numerous articles and new reports concerning the governmental cover-up of Tillman’s death, the new documentary shines in the actual interviews with those involved in the event and the uncovering of damaging facts. Bar-Lev’s film attempts to answer the over-bearing question of why this happened.

It was definitely national news when a NFL athlete from the Arizona Cardinals decided to forego a multi-million dollar deal extension in 2001, instead enlisting in the wake of a post 9/11 America. It would appear as if Tillman was the iconic brave soldier, answering the call of his country and in turn leaving behind the stardom of the football field. But those closest to Tillman describe a charismatic, educated man that definitely questioned the war efforts and his own role in Iraq.Yet, Tillman would not take a deal with the NFL and the government to cut his enlistment short, taking on his second tour in Afghanistan and ultimately his tragic demise.

The film is a collection of talking heads and overview of government documents, highlighting how the military and Bush administration in general left-out pertinent facts in order to use Tillman’s death as a call to other citizens. It’s angering and frustrating to see the Tillman family fight against the onslaught of political impediments and watch as their son became the poster child for a pro-war marketing campaign, wherein fact his death was a complete cover-up of massive proportions. Although the details of this fiasco have been brought to the masses already, Bar-Lev’s documentary is a must see for all Americans to recognize the importance of never taking anything at face value and our power as rightful citizens.