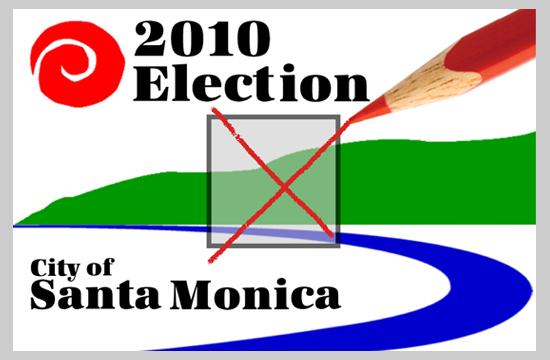 The official candidate list for the November election released last week means election season is already in full swing. Contenders for the Santa Monica City Council and Santa Monica-Malibu Board of Education either strive to keep their seat or usurp the incumbents.”

Five of the seven sitting council members are up for reelection, with each incumbent guarding his or her seat. Ten candidates total are trying for the three four-year terms, with five running for the two seats available for two-year terms.

The school board will see three of the four school board members campaign to keep their seats. Kelly Pye has declined to run in order to spend more time with her family after four years on the board.

The Santa Monica College Board of Trustees and Rent Control Board each face four incumbents uncontested for this year’s race. Only the current members qualified to run for candidacy.

O’Connor did not win an SMRR endorsement, but rather “support” despite winning endorsements in years previous. “Support” versus endorsement means the full membership did not give a 55 percent backing, rather a steering committee gave O’Day the thumbs-up. The 13-member committee will back candidates if fewer endorsements are given than seats available.

Holbrook seeks his sixth term and remains as one of the only non-SMRR members on the board.

Two competitors for council will each mark their fourth council-bid, community activist Jerry Rubin and data entry operator Linda Armstrong. Further rivals include newcomer Daniel Cody, a strategic alliance professional and Terence Later, an entertainment consultant who failed to secure a seat in 2008.

The final candidate for Santa Monica City Council was omitted from the article “Candidate List Finalized For November.”

Jonathan Mann, a teacher who reportedly was one of the last candidates to hand in his nominating petitions, will see his 10th run for City Council. He changed his last name from Stevens to Mann, his wife’s last name, after a few elections. Mann usually finishes last in the race, but as a Green party member his far-left views may be a factor. He supports gaining tax revenue from medical marijuana and closing the airport by 2015.

Jean McNeil Wyner, a physician and community liaison at Santa Monica-UCLA Health Center with multiple connections in the community, will also compete for the four-year term without SMRR backing.

Two of the five contenders for the Two-year term seats are currently sitting on the council: Gleam Davis was appointed to fill Mayor Herb Katz‘s seat following his death in office last year, and Terry O’Day, who replaced Ken Genser this year. Both are backed by SMRR and fight to remain on the council for what would have been both their respective predecessor’s terms.

Also vying for the two two-term seats is Robert Kronovet will run for council in attempt to be the first candidate from the Rent Control Board to win a seat without SMRR support, but also as a rare Republican. Also pitted for this race is David Ganezer, the publisher of newspaper the Santa Monica Observer and tenant lawyer Susan Hartly, who finished sixth in the 2008 council race.

The two winners of this race for the two-year seats will join current Mayor Bobby Shriver and Council member Richard Bloom, who are the only two sitting this race cycle out, in the next election cycle in 2012.

The Board of Education faces incumbents Oscar de la Torre, Ralph Mechur, and Barry Snell as defenders this November. All are either endorsed or supported by SMRR. Challenger Laurie Lieberman, an education advocate, also received a SMRR endorsement.

Patrick Cady, a former teacher of 38 years, is the only Malibu resident to run this year. Malibu has been without representation on the school board since 2008.

Newcomer Nimish Patel, who has served on numerous education boards including the financial oversight committee, won high support at the SMRR convention this year, but fell short of an endorsement. Teacher Chris Bley will run again after almost causing a major upset in the 2008 election.

Also running is Jake Wachtel, a Hollywood director and producer. *Watchel was erroneously reported by this publication in a previous story to not have garnered enough signatures to have made the list of candidates. Wachtel, who is reported to have chosen a run for school board over a possible Santa Monica College Board of Trustees position, also serves on the journalism advisory board for Santa Monica College.

To view all candidate statements and listings for the November election click HERE and follow the links.