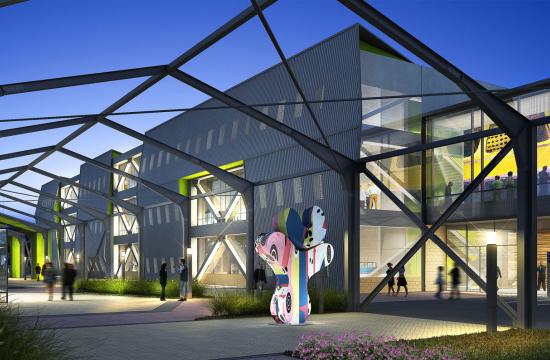 A proposed bicycle lane wheels in controversy between Santa Monica’s city government and the bio-tech company Agensys Inc. which has an office development planned for the east side of the city.

Bike advocates on City Council and the Planning Commission proposed a bicycle path that went through the 4-acre property on 1800 Stewart Street as part of a larger bike system to the future Expo light rail stop at the Bergamot Station.

With Agensys offering multiple public options including a café, sculpture garden, and pedestrian walkway across the property, the prized business and adamant bicycle advocates look for a compromise.

Agensys, a cancer research firm that started in Santa Monica in 1997, failed to attain a feasible plan after exploring multiple options for a bike path on the property. The company is in the final stages of the development agreement with the City, hoping for a quick reconciliation at the Sept. 14 City Council meeting.

Bicylce advocate and Councilmember Kevin McKeown promoted the bike path as part of the overall vision of a greener Santa Monica. McKeown wants a “safe route” for students in the Pico neighborhood to get to Santa Monica High School in order to “fulfill the LUCE promise of multimodal transportation.”

“We are negotiating the first development agreement since the Council’s unanimous adoption of a new Land Use and Circulation Element, which promised our residents increased bicycle access,” McKeown said in an email. “Sacrificing our encouragement of healthy active transportation so quickly would be an immediate mistake and a disappointing precedent.”

The Planning Commission will visit the subject at its Sept. 1 meeting, with City Council getting the final say at the Sept 14 meeting.

Paul Kanan, the executive vice president of operations and finance for Agensys, said despite best efforts, the options for the path causes safety concerns between bicyclists and vehicles. To have the path through the property, pedestrians would have to cross the path to enter the building and bicyclists would be directed through the parking lot.

“We can’t find a good safe way to do that that also allows us to build the kind of facility we need to have,” Kanan said.

Brad Misner, principal planner for the project, said Agensys offered bicylists the option to walk the bikes through the already planned pedestrian path in order to ensure “connectivity through the lot” to Bergamont. He said the ultimate compromise may not seem ideal to bicyclists, but won’t disrupt the “entire flow that goes across the city” when the master bike path network is established.

As part of the master plans to make Santa Monica a bicycle-friendly city, a master network of path running east-west across the City will be built in future years. Good for sustainability, but how to incorporate this idea into current building projects is a task all its own.

The net effect of the City’s suggestions on the original Agensys design has already caused the company “half of the lot” to construct the office development, Misner said. The specific needs of the research firm pushed the buildings to the south side of the property line.

Including a specific bike path would “bring vehicles and cyclists in conflict,” he said, causing safety issues that didn’t seem feasible to the project.