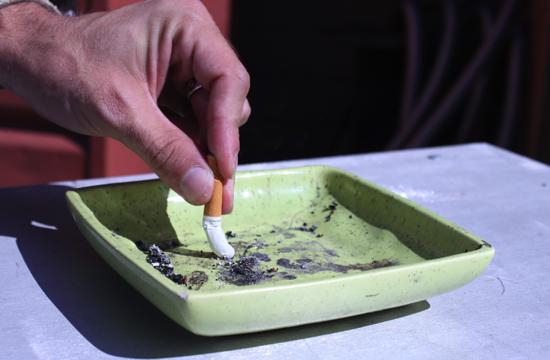 The council restricted smoking of common areas of multi-unit properties last year, only to increase the ordinance at the July 27 meeting.

Owners must designate which units in a building are either smoking or non-smoking. This ordinance also requires owners to disclose the status to prospective renters or buyers before tenancy.

Mayor Bobby Shiver rejected the ordinance for not having penalties for smoking violations. Shriver was the only member to vote against the ordinance.

“Why your right to engage in putting carcinogens into babies should be protected is beyond me,” Shriver said. “I know I am overstating it to some extent, but the effect on real people’s lives and their ability to move or not move and protect their children is real.”

One snag left over from the original ordinance is that there are no penalties for residents caught smoking except for private civil action from an offended neighbor. Smoking is not technically prohibited at residential properties, according to the staff report.

Some council members worried that posing infractions may lead to evictions, a sentiment that not everyone shared, citing fines as the better alternative to civil actions. Most council members agreed that small claims court was the “less than effective” alternative.

The more stringent ordinance is in response to almost 50 complaints from Santa Monica residents of smoke leaking to other units since the apartment ban was first adopted, the staff report noted.

The City first banned smoking in parks and beaches in 2004, still a controversial subject at the time despite the state law banning smoking in restaurants and bars a full decade prior. In 2006, the council furthered the ban to 20 feet near buildings for public use, farmer’s markets, or bus stops. Both violations include a $250 fine.

In 2008, the ban extended liability to restaurant owners that allow smoking to occur in dining areas. By the next year the council first restricted common areas in multi-unit properties, a decree now deemed too lax.

Council members held off requiring landlords to register tenants based on a survey whether individual units should be non-smoking versus smoking. Members cited the potential for invasion of tenants’ privacy or owners eliminating smoking for profitability. Shriver supported eviction if tenants violated the non-smoking status.

“What we are creating here, is an opening for a lot of strife,” said Council member Gleam Davis. “Since this is self reporting with no enforcement, people don’t have any incentive to enforce accurately.”

Willow Evans, a resident in Santa Monica since 1986, watched her apartment building go from nine smokers out of 19 units, to just one. She pleaded for the council to expand the distance from residences “as far as possible.”

Although the City can stop the “next level of second-hand smoke,” they will not cross the threshold into resident’s homes, said Council member Kevin McKeown.

The council looked to the future where all newly constructed multi-unit properties must be smoke-free, a decision also left to the future. All indoor and outdoor spaces would be restricted from smoking, with the possible option for designated smoking areas.