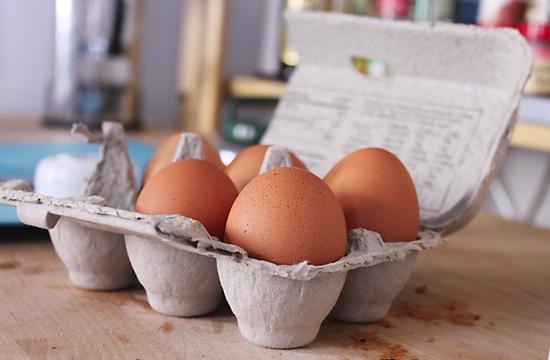 A nationwide egg recall has left a country wary, hurting not only farmers, but restaurateurs waiting for customers to return. In Santa Monica suppliers and consumers had to rip eggs off the shelves, leaving less money in their pockets.

The massive Midwest farms Wright County Egg and Hillandale Farms of Iowa are sister companies that distributed the eggs contaminated with salmonella. More than a half of a billion eggs have been recalled.

Much of the investigation so far has been centered on restaurants in California, Colorado, Minnesota and North Carolina, WSJ reports, and looking at restaurants in Santa Monica, it’s hard not to see that people are staying away.

The community breakfast spot OP Cafe, located at 3117 Ocean Park Boulevard on has been scarcely full as it usually is. More than one customer said this week how they were surprised to find a seat around lunch time, let alone be able to walk right up to the register.

Jetro food supplier located on 5333 West Jefferson Boulevard and 777 South Figueroa Street in Los Angeles supply restaurants and grocers with foodservice stock. The company removed crates from the floor due to the recall leaving business owners to look to local options.

Grocers such as Albertsons and Ralphs in Santa Monica had signs posted warning consumers of the recall and urging them to check numbers on their eggs cartons at home.

The Wall Street Journal said in an article this week, “cases of salmonella were reported as early as May. In all, more than half a billion eggs from two Iowa producers have been recalled, the most recently on Sunday night when Moark LLC of Fontana, Calif., said it was recalling nearly 300,000 eggs, the Associated Press reported, that came from one of the two Iowa farms.”

The Associated Press also reported that in 1997, DeCoster Egg Farms agreed to pay $2 million in fines to settle citations for health and safety violations at DeCoster’s farm in Maine. The nation’s labor secretary at the time, Robert Reich, said conditions were “as dangerous and oppressive as any sweatshop.”

Company owner Austin “Jack” DeCoster admitted to 10 civil counts of animal cruelty in Maine after a nonprofit animal welfare group conducted an undercover video investigation, according to a CNN report.

The jurisdiction to supervise eggs during production and then after distribution may now be shared between the USDA and FDA due to proposed legislation, but this is only after people got sick.

The FDA still does not have authority to recall food if they think there is a problem leaving the agency to act when a company reports health problems with consumers. FDA officials have been campaigning to gain more proactive power to seek out offenders instead of simply reacting when issues arise. For now, farms rely on primarily self-regulation.

Recalled eggs fraught with salmonella have been removed from the shelves, but consumers are still urged to check egg cartons for the identifying recall numbers. The first three numbers are the ordinal date for when the eggs were packed — so for Jan. 1, it would be 001and so on.