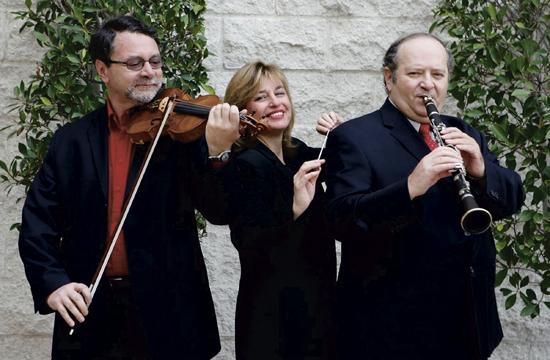 With soaring Cypress trees framing the intimate Ford Amphitheatre stage, more than a thousand devoted fans gathered to hear the well-known Los Angeles Jewish Symphony pay tribute to some of the most famous Jewish composers of scores for films with a Jewish theme.

Under the able baton of Noreen Green, the program was entitled “Cinema Judaica” with selections from either Academy Award winners or nominees such as “The Ten Commandments” and “The Chosen” by Elmer Bernstein, and suite from “QB VII” by Jerry Goldsmith, with movement five, Kaddish for the Six Million,* being one of the most dramatic pieces of evening. The piece was accompanied by the Ford Festival Choir, which musically reproduced the fragmented sound of people praying in a synagogue. Perhaps it was the position of the mikes, but the orchestra overpowered the singers at times throughout the evening and the voices were not always blended, with one soprano voice dominating the sound.

Other selections included the theme from “Schindler’s List” by John Williams, with a tug-at-the-heart violin solo by concert master Mark Kashper, the suite from “Victory at Entebbe”; the suite from “Joseph: King of Dreams” by Danny Pelfrey; a selection from “Thoroughly Modern Millie” by Elmer Bernstein and Sylvia Neufeld, featuring lyric coloratura soprano Ariella Vaccarino who gave a rousing rendition of “Trinkt L’Chayim,” which required some audience participation; “The Prince of Egypt” by Stephen Schwartz; and a send-up of “West Side Story” called “West Bank Story” with a delightful oud solo by Yuval Ron with Jamie Papish on the drum.

The first half of the program was quite exciting and full of surprises with a variety of complex music laced with changing rhythms, sounds, and dynamics, including toe-tapping Kletzmer, played by Principal Clarinet Zinovy Goro, and a jazz interlude by Chris Harden on piano with his jazz quartet. A most charming Green gave a little background before each selection including a quiz on which films won awards. The audience was quite knowledgeable and got just about all the correct answers.

The second half of the program became somewhat problematic in terms of the music being repetitious with very few musical surprises and perhaps should have been shortened. Green made a decision not to show film clips, which probably was not the best choice as it would have certainly at least helped the last third of the program.

It must be said that this is an organization deeply committed to the community and in their desire to “build bridges of music and understanding with the diverse multi-ethnic communities in Los Angeles,” conducts educational outreach programming for over 1,000 school children every year.”

According to Green’s husband, LAJS President, Ian Drew, “ It’s all about giving back and we do this as a Mitzvah** to the Jewish Community.” He add, “Our musicians love playing with us and for them it’s a labor of love and many of them tell me that they feel spiritually uplifted after playing this music.”

NOTE: You don’t have to be Jewish play in the orchestra.