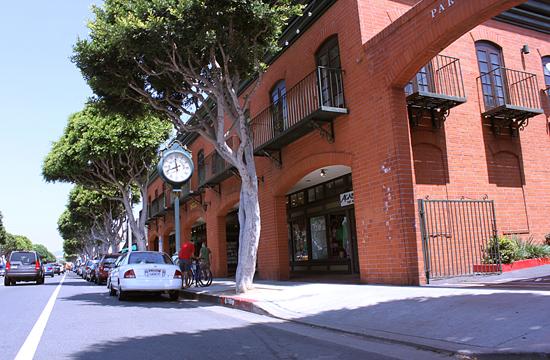 Main Street’s eclectic mix of businesses and other attractions are still feeling the economic downturn, despite optimistic outlooks from federal and local officials that the economy is turning around.

Executive Director of the Main Street Business Improvement Association Gary Gordon, said that he’s not sure Main Street is “participating in the national recovery because a lot of places are still struggling.” In addition, “the weather this summer has not worked in our favor” because its been cold and unpredictable.

Mikke Pierson, one of the owners of the ZJ Boarding House, said the “economy and weather this summer have really been rough on us.” A foggy day can mean can cut our business in half. He has been in business on Main Street for 22 years and has “seen many changes and experienced a lot of growth,” but he has grown more pessimistic.

“I’ve really noticed people are spending less, and more of my customers are unemployed or making less,” he said. The cuts in spending have not only affected the number of surfboards, skateboards, and snow boards he sells, but also his clothing sales.

Many of the district’s businesses, Gordon said, are scrambling to use digital advertising to reduce costs on print advertising. Digital advertising can include having a website, being on Facebook ,or Twitter and having e-mail announcements. In May, Main Street hosted a digital marketing fair at the Victorian which was open to all Santa Monica businesses. They will host another one in October.

Although business in 2010 has been better for Giola (a women’s fashion store) than 2009, owner Laura Owen said that overall, it’s still not even “close to normal.” Since the downturn began she has had to cut back on her staff, shifted the type of merchandise she sells, and switched to e-mail marketing. Her customer mix of tourist and locals has remained the same, but “people are buying fewer items.”

Main Street has also been hosting events to help bring in business. The newest of these events is “Last Fridays,” which includes special events and extended business hours.

Rudy’s Barbershop’s Jeffrey Caukins, who is the chain’s Los Angeles’ manager, said that his business has been growing at this location despite the economic slowdown because “hair always grows.” He also noted that the cost of his cuts are always in the “more affordable range,” so they are better for this type of economy. His Main Street barbershop has been participating in community outreach events such as the Summer SOULstice and has been advertising in more local magazines as a way to improve their business.

Special events, new strategies, and outreach attempts may help periodically, but on a regular day Pierson, of the ZJ Boarding House, looks to the streets to gauge the local economy. He looks for how many metered spots are open along Main Street, and lately “you can almost always find a spot,” he said. “I don’t see Main Street’s economy rebounding very quickly.”