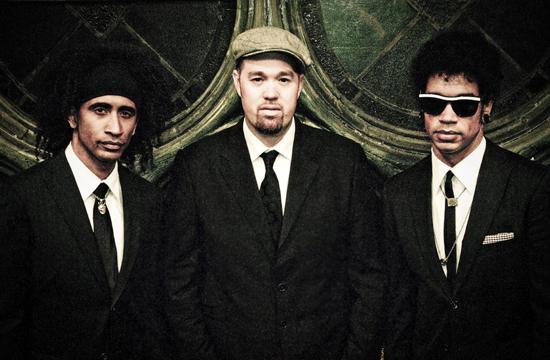 Known for their solos and catchy upbeat songs, Jazz funk trio Soulive will headline week six of the Twilight Dance Series Thursday night at the Santa Monica Pier as part of the band’s current US tour.

The band is comprised of brothers Alan and Neal Evans along with guitarist Eric Krasno, who have collectively cranked out 13 albums and have trekked to nearly every corner of the globe over the past decade. They have toured to Japan nine times, as well as making stops in Ghana, Russia, Brazil, and almost all of Europe along the way. They’ve also toured the U.S. alongside legendary artists such as The Rolling Stones and Stevie Wonder.

Soulive have collaborated with respected contemporary artists Dave Matthews, Talib Kweli, the Roots, and have become regulars at the New Orleans Jazz Festival.

Soulive’s personal music repertoire is stocked mostly with Jazz and Funk sounds, but the band has seen dozens of line-up changes and digressions into a myriad of genres including rock ‘n’ roll, hip-hop, R&B, and blues.

The essentials, however, have remained the same throughout. Neil Evans’ pulsing bass lines, Alan Evans’ grooving organ, and Eric Krasno’s wailing guitar solos have served as the foundation of the band’s sound since the trio played together for the first time at a home studio just outside of Woodstock, NY and recorded their debut album “Get Down.”

Soulive’s opening act Breakestra will elaborate on the Funk theme of the evening. Formed by Miles Tackett in 1996, the Los Angeles based outfit play as the house band for the legendary club The Breaks.

Former Rolling Stone guitarist Mick Taylor was initially slotted to play at the pier next week, but last minute health and management issues forced Taylor to cancel his appearance.

King and Co., the group that organizes the series, have replaced Taylor with soul singer Bettye LaVette who will perform during next week’s free show.

Taylor’s influence, however, may still be seen at the pier next week. In May, LaVette released “Interpretations: The British Rock Songbook,” which features soulful covers of compositions by the Beatles, the Rolling Stones, Led Zeppelin and Pink Floyd.

Last week, musician Rickie Lee Jones lived up to her title as “duchess of coolsville” when she rocked the Santa Monica Pier for the fifth concert in this summer’s Twilight Dance Series.

Jones, who has received five Grammy nominations, is a self-proclaimed “lower-middle-class-hillbilly-hipster” who sings everything from folk to jazz.

The crowd cheered and sang along to all Jones’ songs, even the more mellow ones.

Saba Hamedy contributed to the Article