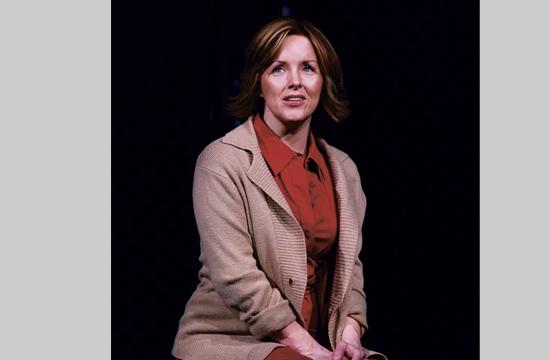 September has arrived and with it comes a back-to-school mindset from Santa Monica’s children, teens, and parents. As students don their new school clothes and slog through the first week of classes, local theatres get a fresh start, with new season announcements launching left and right. Here are a few of the upcoming shows that Santa Monicans won’t want to miss.

Labeling their new season with the bold moniker “Proudly Provocative?” The Geffen Playhouse has a line-up of plays for the 2010-11 season that fit the bill. First up is “Ruined,” a play that follows the trials and tribulations of displaced women in the Congo. At Mama Nadi’s bar, the women find refuge, but will they be taken advantage of? The play won the 2009 Pulitzer Prize for drama and several additional awards, including an Obie for Best New American Play. It runs September 7- October 17.

Also of note in the new Geffen Season is a Neil LaBute world premiere, “The Break of Noon.” LaBute, whose long resume of film and theatre credits includes “In The Company of Men” (play and screenplay), and “The Mercy Seat,” one of the first theatrical responses to 9/11.

There’s a large heaping of star power in Center Theatre Groups new season, which was announced in recent weeks.

At The Ahmanson Theatre, the season will include the world premiere of a new musical, “Leap of Faith,” the 2010 Pulitzer Prize-winning musical “Next to Normal,” the 2009 Tony Award-winning best play “God of Carnage,” the 25th anniversary celebration of an international musical classic, “Les Misérables,” and a brand-new Cirque du Soleil production at the Cirque’s new home at the Kodak Theatre.

The Kirk DouglasTheatre’s new season features a world premiere production of Eric Rosen and Matt Sax’s musical “Venice.” Martin McDonagh is back at the Douglas. As a nice extension of the current production of “The Lieutenant of Inishmore” at the Mark Taper Forum, the Douglas will welcome the Druid Theatre Company back to Los Angeles for a production of McDonagh’s “The Cripple of Inishmaan.”

And speaking of premieres, City Garage will present the Los Angeles premier of a new play by acclaimed playwright Charles L. Mee; welcome to “Paradise Park.” Pay your admission, get on the boat, and let your imagination take you into a unique, magic world of carnival.

Tim Robbins has written a new play, “Break The Whip,” which will open at his Culver City Theatre, The Actors’ Gang at the Ivy Substation on September 18. Robbins will also direct. Based on the work of respected historians Tim Hashaw, Benjamin Woolley, and the late Howard Zinn, “Break the Whip” is a tale of the Jamestown Colony, where the Powhatan Indians, the English settlers, and West African slaves struggle to survive, enduring starvation, cruelty, and lethal conflict.The story is told through music, dance, shadow puppetry, humor, and the use of three languages.

That’s not all that’s happening in the new theatre season. Don’t forget to check out The Santa Monica Playhouse, known for its family-friendly productions, and Venice’s Pacific Resident Theatres, one of the oldest and most award-winning local theatres in the area.