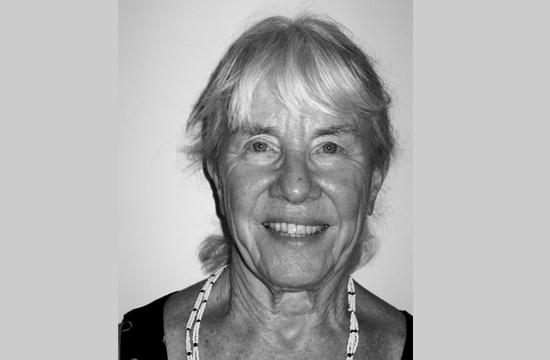 Katharine ‘Kit’ Dreyfuss had to choose between being a teacher or a nurse. She won a fellowship to Vanderbilt Peabody to study to be an English teacher. At the same time she was accepted at Yale University School of Nursing. It was 1955 and, wanting to be near her boyfriend, John, who was at Boston University, she chose Yale.

In that choice, she set herself on the path to a 46-year loving marriage and fortunately for Santa Monica, the path to becoming a beloved school nurse and a leader in education in Santa Monica.

In her twenties, following graduation from Yale and marriage to John, Kit worked as the school nurse at the Harvard University lab school, Newton High School; in Claremont, as a public health nurse; in Pebble Beach as a school nurse; back to Midland, where John would teach; in San Luis Obispo as a hospital RN; and Pasadena, where they moved when John went to work as a journalist for the LA Times.

Kit and John, with their four children – Karen, Jim, Kim, and Katy – moved to Santa Monica in the late 1960s. Kit’s first job in Santa Monica was at the Title 1 preschool. She picked up Spanish and worked to educate the children and their families for a successful transition to public elementary schools.

She took care of the colds, fevers, scratches, and cuts that is the job of every elementary school nurse in her next job at Franklin. At the school, there was an unusual cluster of children with diabetes and she organized ‘the lunch group’ where the children could have a safe place to learn how to manage their disease, cope with being ill, learn how to be good students, and most of all, have fun.

Kit took on the task of speaking to educators about girls and education as part of her commitment to her women’s group in Santa Monica. They met every Sunday evening and John was home every Sunday giving the children dinner and getting them ready for school on Monday morning. She continued to be active in the St. Augustine By-The-Sea Episcopal Church in Santa Monica and it was the Rev. Fred Fenton, who came to her support when she began her AIDS community education work.

Kit was chair of the Steering Committee of School Nurses when she was the school nurse at SAMOHI and the first SMMUSD coordinating nurse. Kit and the nurses began programs, pioneering and controversial at the time, which are now ongoing traditions at SAMOHI, including a growth and development program. Kit said, “We put the boys and girls, and any parents who wanted to come, together to watch educational films. Then we divided the boys and girls so that they could ask questions and not be so embarrassed. But I thought it was important for them to be together to learn the facts about the changes that were going on in their own bodies and in each other bodies. I wanted them to be able to talk to each other.”

When there was a budget crisis and school nurses were threatened, Kit worked to get the first grant for Santa Monica schools from the city council. That grant started another Santa Monica tradition, the tradition of the City Council granting city funds to the schools.

“The thing about being the school nurse is that you get to know everyone personally and you end up belonging to the town where you live,” Kit said of her work in Santa Monica, “and I love that.”

Now retired, she recently returned from a trip to Hawaii with her children and their families, including her seven grandchildren. She practices the healthy living she taught her students, rides her bike every day, and studies Tai Chi at the YMCA. On her wall are two silver-headed hammers, national awards that she received from winning ergometer sprints when she and her husband rowed crew.

John died six years ago. “I had to learn that your husband can die and you can, and should, still have a good life,” Kit said. “It was hard.” She and John had first met when he was a student at Midland School where Kit’s parents worked. Her talented and very much in love parents raised Kit and her brother and sisters in an academic, outdoor, music, drama, and church-filled life, and Kit continues their traditions.

Recently, Kit went to the park with the other grandparents and everyone’s families as part of the Memoir Club, a writing group of PS1 grandparents. She thought to bring balloons, and on a record breaking hot day, they filled the balloons with water and everyone had a great and cooling, time. A small story, but emblematic of Kit’s way of always making life better for everyone.

Kit’s advice to us: “Work your head off and be as present as you can.”