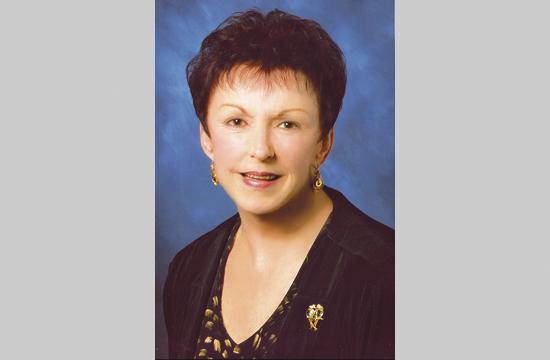 Biography: I was born in Alton, Illinois, and raised in Springfield, Ill., until I was 12 years old. At 5 years old, I learned the art of negotiation – when I asked my Father for something, he would say, “What will you do for the family in return?” Learning to negotiate with him has helped me in my career. There’s “give-and-take” in everything in life.

I was a real tomboy until I developed rheumatic fever, at 9 years old, with a recurrence when I was 12. So I was home schooled for two years. Because of my ill health, my parents decided to move our family to Arizona. We lived in Phoenix until I was 16 years old, moving to Long Beach in 1956, where I finished high school. Moving was a valuable lesson for me – I learned that I could join a new group and get along comfortably.

Married at 18 years old, I became a mom the next year. As life would have it, I raised my son Frank by myself. I started work at 20 years old, first in physician offices. For the last 45 years, my career path has been in hospital community relations and marketing. In 1994, I was fortunate to join what has become Santa Monica-UCLA Medical Center and Orthopedic Hospital.

Through my work for the medical center, I’ve become involved with and been an elected officer of more than 20 community-wide non-profit organizations. In each of them, my father’s lesson served me well – I’ve always had given something of value when negotiating with others. This experience has harpened my leadership skills and made me a good communicator.

These skills and years of experience working with groups embracing the entire Santa Monica community qualify me to be a valuable member of the City Council.

• Santa Monica Pier Restoration Corp., Board member; Chairman of the Board

• National Conference of Community and Justice,2000-2002,Chairman of Board

Jean has been committed to community service in Santa Monica for over 25 years and has received many awards for her service. A few of them are: YWCA “Woman of the Year”; League of Women Voters, Community Service Award, 2009 ; American  Directors; Cancer Society “One in a Million” Award; Westside Challenge to Beat Breast Cancer “Service Ace Award”; The National Conference of Community and Justice Humanitarian Award; Commendations from the City of Santa Monica 1989, 1991,1993, 1999 and 2002; Santa Monica Chamber of Commerce President’s Awards, 1988, 1997,2002, 2003, 2009, 2010; and Roy E. Naylor Lifetime Achievement Award and the Jean McNeil Wyner Community Service Award, 2008.

The City’s experiment has failed! Buses and bike riding can’t accommodate everyone. That’s why we live with gridlock, congestion and not enough parking. I will restore our stolen traffic lanes and synchronize lights for better traffic flow.

City non-planning gets worse: and: 1) we need more parking for the huge visitor magnet, Santa Monica Place; 2) the newly approved, huge AMC theatre is actually replacing the 4th street parking structure – – we must restore and expand that parking right now.

The City is the largest owner of space in Santa Monica, so it can certainly provide more downtown parking. I will fight for it and I will make it happen!

• STOP THE BUDGET AND TAX INSANITY. The City tax increase means the City can’t balance what it takes in with what it decides to spend. That means the City is at the edge of bankruptcy. Bankruptcy because of bloated spending and bad planning. Bankruptcy because millions of dollars are being funneled into failed traffic control and various “social experiments.” That money must go where it

belongs – to benefits for our residents. With millions of dollars of discretionary funds, there’s plenty of money for schools, Police and Fire needs, and retention of City employees – without any tax increase. I will get a sane, balanced budget and no more social experiments!