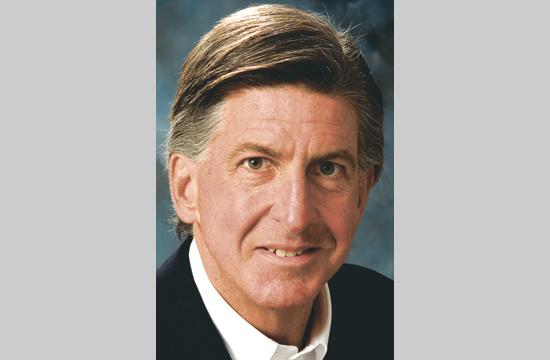 Biography: I’ve lived in Santa Monica most of my life, but was born just outside New York City. When I was thirteen, my family moved to New Haven. Graduating from a public high school at 16, I won a full scholarship to Yale, where I was music director of the campus radio station in the late ‘60s.

I helped to start the top-rated FM rock station in Connecticut, and broadcasting became my first, very fulfilling, career.

In 1973 I drove cross-country to California, and by 1977 was general manager of KROQ. Later I became creative director of an L.A. ad agency, did numerous voice-overs, and owned a small commercial radio-recording studio on Santa Monica’s Main Street.

In the ‘80s, with an early Apple II computer, I became publisher of an international online newsletter and a local activist on Santa Monica’s Public Electronic Network. As chair of the PEN Users’ Group, I was increasingly involved in homelessness issues, and fought a proposed hotel on the beach at 415 PCH (now, twenty years later, our stunning public beach house).

I served on SMMUSD’s technology advisory committee, the City’s Telecomm Working Group, the steering committee of Santa Monicans for Renters’ Rights, and as chair of the Wilshire/Montana Neighborhood Coalition, before being elected to City Council in 1998. Volunteering my computer skills to Santa Monica public schools led to my current career, Macintosh consultant to our district.

Spouse/Children: Married Genise in December. Helped raise a teenager in a previous relationship.

Neighborhood of Residence: Near Lincoln Middle School, for nearly 35 years.

Community Activities: 41st Assembly District Democrat of the Year, 2010; Los Angeles League of Conservation Voters Smith-Weiss Environmental Champion Award, 2009; Vice-chair of the Irish-American Caucus of the California Democratic Party; Co-chair of the Sustainability Committee of the Westside Cities Council of Governments; and Former chair of the Wilshire/Montana Neighborhood Coalition.

With gratitude toward all the community members who contribute ideas and effort for making Santa Monica a better city, I’m running for re-election on my record of responsiveness to residents.

I support extending tenant protections to ALL renters. My commitment to excellent public education is unmatched: I work for our local schools. I’ll continue my activism for a truly sustainable city.

I heard your concerns on public safety, leading the restoration of local fire dispatch for faster responses. I’ve consistently supported you on major issues — Santa Monica Airport and the imposition of a regional rail maintenance yard on our Pico neighborhood — and on localized issues like leafblowers and sports bars.

I’ve championed services to youth, seniors, and the disadvantaged, including compassionate homelessness programs that lowered the number of people suffering on our streets by 19 percent, the second consecutive annual reduction.

My full record is open to your examination at http://www.mckeown.net.

I’m YOUR Councilmember. I don’t take corporate donations; never have. I thank you for your vote.