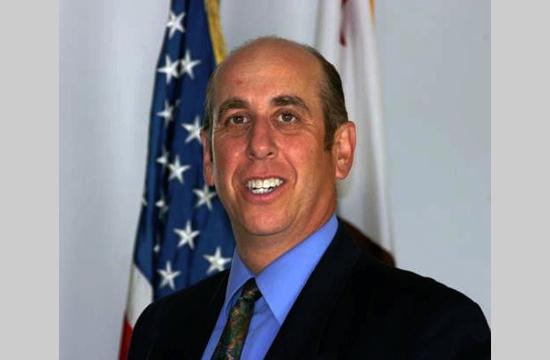 Previous Experience: I bring more than 25 years of honest and even dealing with tenants, landlords, developers, and elected officials. Since 2005 I have served our city as Chairman of the Pico Improvement Organization (PIO). Under my leadership the PIO has built a successful community festival now in its Fifth season.

Additionally the Pico Business Improvement district enjoys the lowest vacancy rate in the city. You see, friends, the basics never change. Prosperous merchants create jobs and jobs sustain our city. My commitment to honest and open government can also been seen at the Santa Monica Chamber of Commerce where I serve our community on the government affairs committee.

On the professional side, my family and I own a successful real estate brokerage and property management firm. I’m an active member in Beverly Hills Greater Los Angeles Area Board of Realtors, where I currently Chair the Education Committee as well as serving on Public Policy Committee and the Centennial Club. Since 2007 I have also served as a State Director for the California Association of Realtors.

Biography: As Commissioner on the Santa Monica Rent Board, Realtor I am perhaps the only elected official member of Beverly Hills Greater Los Angeles Association of Realtors. This elected office allows me to interface with other state and city elected officials on a more even par when it comes to promoting our Realtor agenda.

Since joining BHGLAAR in 2004, I have been an active member of the Public Policy committee, The Centennial club, and am the board’s key contact with California Assembly Women Julia Brownley. Since 2009 my promotion to California Association of Realtor (CAR) state director has allowed me to interface and lead our Realtor agenda in front of lawmakers both in Santa Monica, Los Angeles, and in Sacramento. In 2010 I was asked, and accepted with honor, to Chair the boards Education Committee. I bring over 25 years of honest and even dealing with landlords, developers, elected officials, and tenants.

I also serve my city as Chairman of the Pico Improvement Organization (PIO), a successful merchant association. Under my leadership the PIO is managing the Fourth annual Pico art walk and car show. This festival is open to all and has doubled in size and impact every year. My pledge to building the merchants business, the free exchange of commerce, and job creation has built the PIO into a citizen’s first association. As a licensed and trained real estate broker I currently lead The Kronovet Realty Company, which was found by my dad, Saul Duff Kronovet Esq., in New York in 1964.

My charitable contributions include donations to the Santa Monica School system and our local Chabad.

Spouse/Children: My wife, Bracha, and I of have raised 3 children, all of whom found success in the Santa Monica School system, currently our oldest, Daniel, attends Berkeley and serves as the President of the Berkeley Student Cooperative plus is a California licensed real estate agent. Our second child, Rebecca, attends Colorado University-Boulder and is also a California licensed real estate agent. Our third child, Arielle, attends Santa Monica High School.

Candidate Statement: I am Commissioner Robert Kronovet. My wife and I have lived in Santa Monica for 23 years, we’ve raised our three children here and they all attended our local public schools (SMMUSD). We have personally supported and served on the PTA and Site Council at Grant Elementary School, John Adams Middle School, and Samohi. Our family has been committed to our schools where it counts, with our time and money.

Two years ago you elected me the first independent member of our Rent Board. I have brought desperately-needed new ideas and solutions to our city government. Now I’m asking you to lend us a hand again and elect me to Santa Monica City Council.

I’m running to reduce taxes, re-direct 20 million dollars to our schools, and build our police and fire departments. I will reduce our homeless population there-by normalizing our cities commitment to this national issue. I will bring our city back from the brink of financial collapse.

We must come together and put the city we love back on a successful financial track. You can not expect the same Santa Monica Renters’ Rights (SMRR) officials who mismanaged one of the largest municipal budgets in the country to repair the damage they have caused. Friends, my opponents are not

qualified, trained or able to bring the glory and class back to our beloved city.

TRAFFIC: I plan to reduce traffic with the following proven techniques: In downtown we will use redevelopment money to erect a 1000 space parking structure on our Civic Center lot, and we will barrow from Buenos Aires’s model and build 5,000 new spaces under our public parks.

I will reduce the residential street speed limit to 25MPH, and assure you that we will enforce it. We will build bike lanes that work – not the joke we currently have.

I will synchronize our lights to move traffic in and out of our city based on demand.

HOMELESS: I believe the homeless population is a threat to our public safety and must be dramatically reduced. This is a state and federal issue and not a municipal one. I will move to re-instate the Civilian Conservation Corps (CCC) a public work relief program started by Franklin Delano Roosevelt in1933 for unemployed men and women. When elected I will move to normalize our City and match the level of financial and staff resources that our neighbor cities have committed to.

SCHOOLS: I’m running to re-direct $20 million to our schools. 1) I will stop the lending of between $7 million and $12 million dollars a year to the Santa Monica Community Corp; 2) The City spends more then $2 million yearly on “consultants”. We have city staff that is perfectly qualified to do this work;

3) For the last 32 years the SMRR city council has duplicated many county and state social and housing programs, costing the tax payer more than $10 million a year.

GROWTH/DEVELOPMENT: Santa Monica’s prosperity depends on the following: 1) building our tourism business, that means you and I are committed to bringing tourism dollars to our city; 2) I will promote small, medium, and large business by being more friendly – thereby removing unnecessary red tape, reducing taxes, and promoting local hires and; 3) It’s time to reduce the emphasis on low income housing projects and build more market rate units.

I OWE SANTA MONICA: She allowed me to pursue happiness, work hard and prosper and make a life for myself and my family.We have lived in Santa Monica for 23 years, our three children all found success, made friends, and created joy in our schools.

A vote for Kronovet means you want our city to get back to basics: great schools, winning sports teams, thriving art programs, safe neighborhoods, get the Airport under control, growing tourism dollars, slow growth, and serious traffic reduction solutions.

The only “special interest” groups I serve are the people of Santa Monica! The difference between me and my opponents is they believe that Santa Monica owes them. I, on the other hand, owe her.

We have serious problems and we need serious people to solve them! I’m Commissioner Kronovet and I’m asking for your vote.