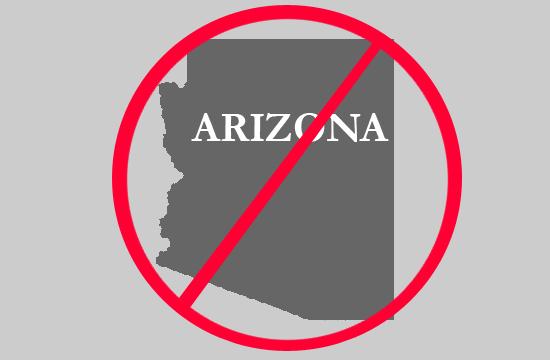 After imposing a ban on trade with Arizona, the council approved a California-based manufacturer to replace 20 city-owned units at Mountain View Mobile Home Park.

The City negotiated a replacement company in response to the council’s August 10 decision to uphold their resolution passed in May to impose financial trade sanctions against the State of Arizona.

The proposal passed unanimously without Mayor Bobby Shriver who abstained from the vote due to a personal friendship with the company, even though he described the relationship as “way down the line.”

Golden West Homes ultimately won the proposal, a Southern California manufacturer based in Perris, which is located 310 miles closer than the Arizona competitor. The bid complies with the $3 million City budget, reducing costs by $35,000.

Ten years ago, the City purchased the mobile home park built in the 1940s to preserve it for affordable housing. Following an infrastructure upgrade, which will reduce capacity, 20 older travel trailers and mobile homes are set to be replaced.

Staff considered seven proposals from manufacturers to design, build, and install sustainable and affordable manufactured homes. Four of the proposals were from Arizona companies.

Staff proposed Cavco Industries, Inc., based in Arizona, despite the council’s resolution to ban financial trade with Arizona for passing a controversial immigration law that was denounced across the country but firmly defended in the Grand Canyon State.

The law makes it a crime for unauthorized migrants to be in Arizona and requires police to check the immigration papers of those they suspect may be in the country illegally. Opponents argue that the law requires a wealth of racial profiling, undermines federal immigration law, and ignores due process and equal protection.

Multiple large contracts between the two states are still too largely intertwined to be included in the ban, not to mention three contracts with Los Angeles World Airports and tens of millions in revenue from two Arizona airlines.

Santa Monica met the proposed budget and sustainability goals by rejecting the Arizona company bid and complying with the state sanctions.

“After having some serious concern at the council meeting when this came up about whether or not we would be able to provide housing at the recommended bid,” Council member Richard Bloom said, “I was really, really happy to say that staff found a way to achieve policy goals and get first rate housing.”