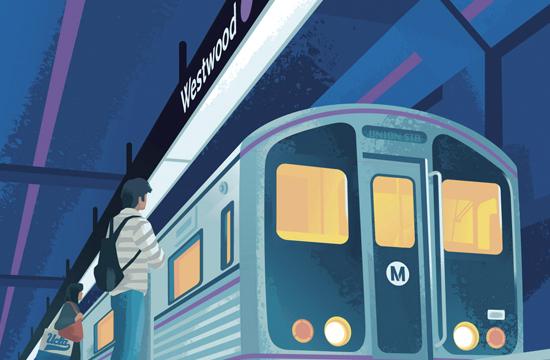 On September 3, 2010, the Metropolitan Transportation Authority (MTA) released the Draft Environmental Impact Statement/Environmental Impact Report (DEIS/EIR) for the planned Westside Subway. The document was presented at a series of community public hearings, including one at Santa Monica’s Main Library on September 29.

The Draft EIS/EIR is a significant point in the long process of building the subway. Public comment will be taken on the document until October 18, after which the MTA Board will choose a locally preferred alternative (LPA) for the route of the subway, and will prepare the final EIS/EIR during the next year. Construction will begin after that but how much time that will take will depend on funding availability.

Under Measure R, funding will be available to build the subway in phases over a 30-year period. Advocates of the “30/10” Initiative want to see a federal loan, repaid through Measure R funds, which will expedite the building of the subway in 10 years.

David Mieger, project director for MTA, said that only the first two alternatives are viable choices, but all alternatives are examined in the DEIS/EIR, including “No Build”(for comparison purposes), and Transportation Systems Management (TSM), which would improve existing transit (buses and public thoroughfares).

Mieger noted that Alternative 2, which terminates at the VA Hospital, might be the preferred alternative for many Westsiders, as it at least gets passengers west of the 405 freeway.

The entire DEIS/EIR is lengthy and Mieger suggested that people read the executive summary first, in order to get an overview. He briefly went over the list of areas of environmental analysis (noise; vibrations; geologic hazards; transit travel time; land use; parking), and the areas requiring mitigation.

The public comment period that followed included a number of comments from members of the Bus Riders Union (BRU), a group that believes funding should be used to improve bus service rather than building rapid transit projects. They suggested buying more buses, expanding bus service county-wide, and creating bus-only lanes. Spending money on a subway, they maintained, would take away funds needed for bus service. They preferred to see the “No Build” or “TSM” alternatives.

Other speakers, mostly residents of Santa Monica or West Los Angeles, advocated Alternative 2 (the VA Hospital terminus) and opted for support of a Constellation Boulevard alignment in Century City (trains running under Constellation and reverting to Wilshire west of Century City) rather than a Santa Monica Boulevard alignment. Of these two choices, the Constellation route has met with objection by Beverly Hills residents concerned about vibrations. Westside speakers seemed to be in agreement that Constellation was a more viable alignment and that vibrations were negligible.

Comments about the DEIS/EIR can be made via letters to: David Mieger, Metro, 1 Gateway Plaza 99-22-5, Los Angeles, CA, 90012; online at www.metro.net/westside, or emailed to Westside Extension@metro.net. Comments made via Facebook and Twitter will not be considered as part of public comment. The DEIS/EIR is viewable online and also at the Santa Monica Main Library and other public libraries.