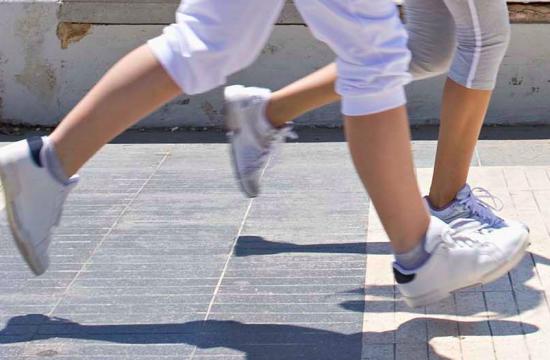 Increased exercise activity and equipment blocking driveways in Santa Monica has caused debate on a proposed ordinance that would force people to keep maintained sidewalks clear, including the path through resident’s driveways.

Homeowner complaints about obstructed sidewalks in the city mounted – especially from the Adelaide Drive area – until the issue was brought before the City Council on Tuesday, Oct 12. The apron portion, or the part of one’s driveway between the street and the sidewalk, will not be affected by the ordinance as to not affect parked cars.

The council carefully negotiated language for the stricter ordinance that originated from Fourth Street and Adelaide Drive where weight training, physical therapy sessions, and yoga classes became a point of contention between neighbors and exercising visitors. The Fourth Street view of the Santa Monica Canyon and the ocean is remarkably scenic and groups started using even the grassy street median and stairways connecting Adelaide and Entrada Drive to catch the sights, according to the staff report.

The ordinance will stop people from lying or performing stationary exercise that blocks sidewalk or driveway access, unless it is due to an injury situation. Council members Bob Holbrook and Kevin McKeown both pushed the staff to ensure the language of the law does not negatively affect parking in the city. The fear of new cars being towed where parking is so scarce in the city created a long technical discussion with staff.

Presently residents may park in the street blocking their own driveway in order to utilize more street space. This applies to anyone who received permission, sometimes leaving a gray area on who actually gave or received consent. Staff hesitated to include the same consent language in the new ordinance about exercise leaving open a birth of finger pointing and debate.

City attorney Joseph Lawrence adjusted the language to ensure that vehicles in the apron would not be included, leaving residents the opportunity to park in the street blocking their own driveway.

Council member Gleam Davis furthered the suggestion to limit this ordinance to the specific area on Fourth Street where neighbors have such an issue.

This is still only the first reading of the new law so the public and City staff will continue to adjust the ordinance at the Oct. 26th meeting at city hall.