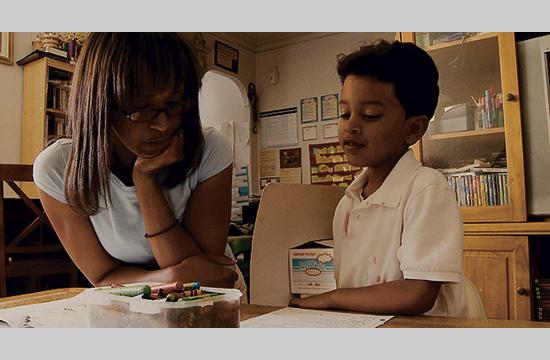 Across the United States, from Los Angeles to Washington D.C., the public school system is failing children. The shortcomings and injustices of this system are painfully spotlighted in Davis Guggenheim’s (“An Inconvenient Truth”) provocative new documentary, “Waiting for Superman.”

The power of the film lies in the direct experience of its stars, elementary school students from Harlem to Silicon Valley vying for coveted spots in the best magnet, charter, or other high-performing schools in their neighborhoods. The public school system can’t possibly meet their needs, but the good schools will likely not have space for them.

We see for instance, Daisy, an East Los Angeles-based fifth grader who dreams of becoming a doctor or a veterinarian. But she is about to enter one of the worst schools in Los Angeles, a course of education that will most certainly put her dreams out of reach. Taking her one shot at getting a great education, Daisy applies to Kipp L.A. Prep, a top-notch charter school in her neighborhood. There are 135 applicants to Kipp at Daisy’s grade level, and ten spots. Admission is determined by a random lottery.

So we watch Daisy talk about her dreams throughout the film, then we see her cross her fingers with all her might as the lottery numbers are called in a giant auditorium packed with children hoping against hope that they will be picked. It’s entirely heartbreaking, ruthlessly truthful film-making.

Daisy is not the only child we see grasping at an education that is out of reach. We also walk with Anthony, a fifth-grader in Washington D.C., who never knew his mother and only briefly knew his father, a deceased drug addict. A sweet, smart kid, who sounds a lot like an adult when asked basic life questions (“I want to go to a good school so my kids can have more than I have”), Anthony has a 50 percent chance at getting into a school that will help him thrive.

Amidst all this anxiety, there is hope. The film tracks a handful of enlightened educators Geoffrey Canada, president and CEO of the Harlem Children’s Zone; and Michelle Rhee, chancellor of the Washington D.C. Public schools, for instance–who are truly making a difference, reforming schools, building schools, firing negligent educators, and committing to excellence. But for every enlightened educator profiled here, there are countless lazy, uninspired teachers who rely on tenure, wrong-headed union organizers, and a broken system to provide life-long job security sans accountability.

Prepare to be both outraged and inspired by this deft exploration of child neglect. The future generations of our country are increasingly ill-prepared, unskilled and undereducated, and Superman isn’t coming to save them.