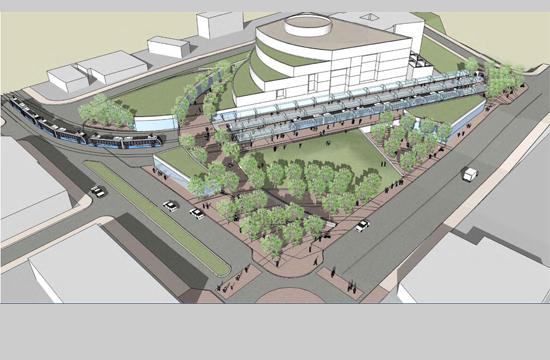 The Santa Monica Planning Commission discussed further options and ways to implement the Land Use and Circulation Element (LUCE), the City’s direction and policies for the future of the City of Santa Monica on Wednesday, Oct 7.

LUCE is a culmination of over six years of collaborative work to conserve the scale and character of the city, which touches everything from housing projects, business development, and transportation efforts. In the end, all the different projects within the city are linked together in the overall plan of the LUCE.

“We have taken on a Herculean effort to make sure there are no comments that have been missed,” Fogarty said.

The Bergamot Transit Station and the Memorial Park Station are connecting stations in Santa Monica to the light-rail line within dense residential and business areas. The Downtown Station at Fourth Street and Colorado is maximizing public access as well. The plaza designs are of great importance to increase access for users to major hubs such as hospitals and universities.

The City is also considering a redevelopment of the Civic Center in order to incorporate the entire redesign of the downtown area with Palisades Park Garden Walk and Town Square and the addition to the new mall.

Downtown will also focus on increased circulation, zoning development to expand the Lincoln corridor into the downtown area, and bike/street network.

“It’s a monumental job to coordinate the stuff in the pipeline for what the goals are,” said Commissioner Jay P. Johnson. “Each of those projects call out for very specific plans.”

Johnson expressed worry that Development Agreements (DA) that constantly go before the City asking for exceptions from the thorough and strict zoning regulations set by ordinances and reflected in the LUCE.

LUCE is a set of expectations that gives the City the option to ensure DAs will stick to the overall goal in area specific plans, Fogarty explained.

The bike network is also a major focus for the overall transportation goals within the city. The contentious issue of incorporating a bike path into the newly approved Agensys bio-tech company building project failed to gain ground and is still fresh in the minds of all parties.

Staff assured the commission that even with a tremendous increase of development in the city, sustainable transportation options are still a major goal of the Expo stations. Commissioner Hank Koning pushed for a bike path where riders will not have to walk their bike safely and can travel across Olympic Boulevard uninterrupted.

So far there are still no bike paths at the train stations where riders do not have to walk their bikes through the platforms. Staff assured the commission that such plans are still in the works.