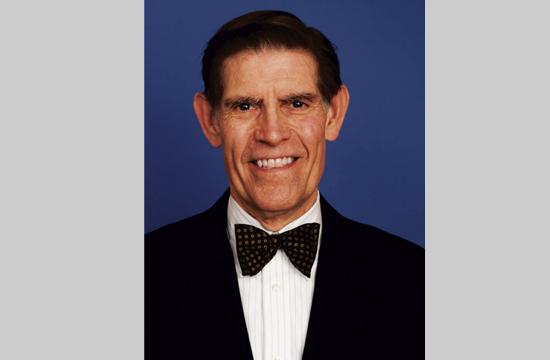 November is “Lung Cancer Awareness Month” and an opportune time to talk about this deadly disease and draw attention to causes, prevention, and treatment advances. Lung cancer is far and away the deadliest malignant tumor, far surpassing breast, colon, or prostate cancer. Until recently, treatment has been very discouraging, mainly because lung cancer may remain silent until reaching an advanced stage. The last decade however, has seen remarkable advances in our understanding of the disease and targeted therapy to maximize success and minimize side-effects.

Since the historic Surgeon General’s Report in 1964, we have known that most lung cancers result from smoking. Despite challenges from tobacco companies, no serious scientist or physician doubts it today. Tobacco smoke contains possibly hundreds of chemicals, many of which irritate lung cells. Over time, this can lead to cells’ mutating into cancer and multiplying. Moreover, the blood may carry these cells to the brain, bones, liver and other organs, causing the cancer to spread and become incurable.

Unfortunately, lung cancer also occurs in non-smokers for poorly understood reasons. Another well-known cause is asbestos, long used in insulation. Presently, asbestos exposure in the U.S. is rare, and the asbestos in the brake linings of our cars is not in a form that causes lung cancer.

How about radiation? Radon is a radioactive gas found in the ground worldwide and a known cause of lung cancer if inhaled. It was discovered several decades ago that radon can accumulate in poorly ventilated basements of houses and other buildings. Its overall risk to the population is unknown. By contrast, chest x-rays have never been shown to lead to lung cancer.

The risk of lung cancer varies among racial groups and between men and women. Women may be more susceptible to the cancer-causing effects of tobacco smoke.

Lung cancer starts as one abnormal cell, but cannot be detected by x-rays until it has grown to at least a billion cells. There are both fast-growing and slow-growing lung cancers and decades may go by before detection. Eventually, the cancer either appears on a routine chest x-ray or begins to cause symptoms such as shortness of breath, weight loss or coughing blood.

Sometimes the symptoms arise from other organs where the cancer has spread, resulting in bone pain, seizures, or strokes. It then becomes necessary to obtain some tumor cells because lung cancer takes different forms and therapy should be tailored to the particular cancer’s cell type. Bronchoscopy is a procedure in which a fiber-optic tube is placed through the throat into the lung airways to remove a tiny sample of the tumor. Often, the tumor can be reached by a needle placed through the skin to extract cells for analysis.

After a definitive diagnosis, the tumor must be “staged” to determine how extensively it has spread. Staging helps guide therapeutic choices: surgery, radiation, and/or chemotherapy. One of the most significant recent advances in lung-cancer management is the PET scan, which helps physicians determine if the tumor has spread. If the tumor is confined and the patient is otherwise fairly healthy, surgery to cure it is a reasonable possibility. If the tumor has spread to bones or the brain, radiation can successfully control symptoms.

Sadly, very few lung cancers are curable, but hopefully effective therapy can slow tumor growth, control symptoms, and give patients longer lives. The first drugs used for lung cancer — and some still in use — produced unpleasant and painful side-effects. For over a decade, however, many inoperable lung cancers have been treated with “targeted therapy,” which specifically attacks cancer cells and spares normal ones. Additionally, recent advances in chemotherapy have improved survival rates, with some patients still alive after five or more years.

As with all cancers, there should be great focus on prevention or early detection of lung cancer. Obviously, smoking cessation would dramatically reduce the number of lung-cancer cases. Medications and other stop-smoking aids are effective, but also expensive – except when compared with cigarettes prices. Social support and encouragement are important for smokers who want to quit. Persistent physician warnings to patients are an established effective method, as are community efforts to raise awareness about the risks. The “Great American Smokeout,” which occurs every November, is one of the better known community efforts to stamp out smoking.

Heavy smokers are at risk for cancer even decades after their last cigarette, so the medical community has been seeking the best way to catch cancers at curable stages. Unfortunately, even yearly chest x-rays have not had much impact on lung-cancer death rates. Several national studies involving chest CT scans are underway to determine both the positive impact, as well as the cost to society, of such expensive screening programs.

Santa Monica is home to several oncology groups at the forefront with experimental protocols. While cure and regression are uppermost in physicians’ minds, palliative care — or the management of symptoms — must not be forgotten. This medical specialty is also advancing and having greater impact on lung-cancer patients and their families. No lung cancer patient should feel hopeless or helpless.

Dr. Gerard Frank is a board-certified internal medicine specialist and pulmonologist with the UCLA Medical Group in Santa Monica and an associate clinical professor at the David Geffen School of Medicine at UCLA.