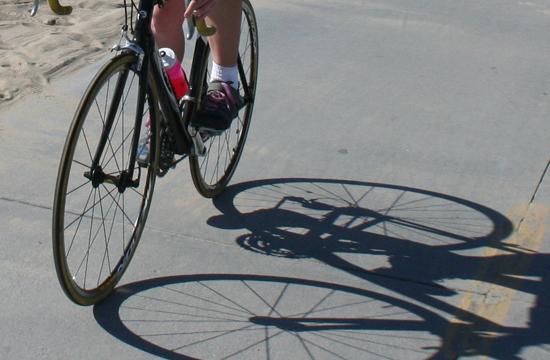 Santa Monica has had a high incidence rate of bike and pedestrian accidents for quite some time. Until recently, little had been done to improve the situation. Now, the Santa Monica’s Recreation and Parks Commission has begun to develop solutions to stem the tide of these types of accidents.

At its Nov. 8 meeting, the Recreation and Parks Commission’s Bicycle Committee held a Town Hall meeting at the Ken Edwards Center that focused on bicycle safety issues and solutions. Recreation and Parks Commissioner Richard McKinnon opened the meeting by noting that the California Office of Traffic Safety found that Santa Monica was ranked third in the state in 2008 for bike accidents and number one for pedestrian accidents in the same year when compared to other cities of similar size is the state. The commission’s goal therefore, is to “make riding bikes safe and easy” so more people will ride bikes to work, school, for recreation, and for fitness.

McKinnon also noted that “a lot more people are riding bikes” in Santa Monica than in most of the major cities around the world and this trend is expected to grow. He also mentioned that Santa Monica is perfect for biking because it is relatively flat and has good weather. But biking may not be for everyone.

Recreation and Parks Commission Vice-Chair Phil Brock stated that another goal was “to unify all groups interested in making our streets safer to bike or walk on.”

Representatives from various stakeholder groups took part in the meeting including the Santa Monica Police Department, the Convention and Visitors Bureau, the Commission for the Senior Community, and bike activists.

A key issue brought up at the meeting was the number of bikers that are riding on city sidewalks. This has caused problems for pedestrians and is considered illegal in Santa Monica, but not in Los Angeles.

Santa Monica Police Resource Officer Mike Lloyd explained that the City Council and the Recreation and Parks Commission prompted the recent crackdown on bikers using the sidewalks. Bikers felt the $80 ticket was too stiff a fine. Commissioners suggested that signs should be posted on city borders with Los Angeles that this practice is illegal in Santa Monica. Recreation and Parks Commissioner Phil Brock mentioned that City Council member Kevin McKeown suggested stenciling in red “No Biking” on every disabled curb cut in the city, but those at the meeting did not support this idea.

Other issues discussed were the problems with the beach bike paths, use of bike helmets, road rage, cyclists not knowing the rules of the road or simply not following those rules, bike licensing, and parking bikes at hotels.

Santa Monica’s Transportation Manager, Lucy Dyke, called for more statistics on the type of bike accidents so specific solutions could be developed to help avoid these accidents in the future. Echoing Dyke was a similar request from the Recreation and Parks Commissioners who also wanted statistics on pedestrian accidents and statistics from Los Angeles County on bike accidents that have occurred on the beach bike path.

Brock concluded the meeting by stating, “this is an ongoing process …we are doing our best to raise awareness and come up with solutions.”