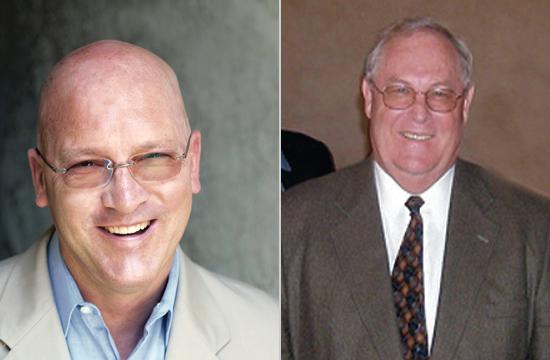 Two incumbents are projected to keep their seats with third place still balancing on uncounted ballots for another term on Santa Monica City Council as voters left the polls Tuesday.

Planning Commissioner Ted Winterer, who was initially ahead in preliminary counting, eventually fell behind incumbent Bob Holbrook in the race for the four-year seats when the polls closed Nov. 2. Thousands of mail-in ballots are waiting to be counted leaving the close race open in the weeks to come. The numbers could still turn for third place with Holbrook only 146 votes ahead of Winterer at the time this article was sent to print.

The Los Angeles County Clerk’s Office on Wednesday reported there were an estimated 6,000 unprocessed provisional and vote-by-mail ballots that are yet to be counted. Semi-official vote totals are expected by Friday evening [check smmirror.com], with updates on the following Tuesdays and Fridays until all the ballots are counted. The clerk’s office is required to have a final result within 30 days, which may not come until Nov. 30.

Votes have been tallied for the more than 59,000 registered voters at the 60 precincts in the city. Each election final numbers are contingent on absentee and provisional ballots, in some cases forcing automatic recounts on certain “too close to call” races. There are still about 390,000 estimated uncounted ballots left in Los Angeles County.

In the 2010 municipal election, 15 City Council candidates ran for only five open seats (three seats for four-year terms and two seats for two-year terms). The four-year term race incumbents Kevin McKeown, winning 21.89 percent, and Pam O’Connor, with 19.37 percent, led the race. Incumbent Bob Holbrook gained a win at 17.1 percent during a close race at the polls for third with current Planning Commissioner Winterer, who trailed with 16.85 percent at time of print.

Holbrook did not accept a quick victory when speaking to the Mirror after the election, saying he “knows how it feels” to be down in a close race. He pointed to a pivotal election back in the beginning of his council career where he prevailed after being down 160 votes before absentee ballots were counted.

“I’m sure that the people of Santa Monica will make the right choice in the end,” Holbrook said.

Early counts pointed towards a victory for the familiar challenger Ted Winterer. In 2008, He gained a runner-up position in the City Council race, although this round is neck to neck.

“The election is still up for grabs either way,” Winterer said on Thursday. Not knowing which voters are mailing in ballots from which precincts, he said, “ It’s hard to predict which way they will swing.”

McKeown will serve his fourth term and O’Connor will serve her fifth four-year term. Bob Holbrook will serve his sixth four-year term. Holbrook is a known Santa Monicans for Renters’ Rights (SMRR) opponent and represents the only non-SMRR candidate elected in this cycle. Davis and O’Day, who were appointed to replace council members and mayors Herb Katz and Ken Genser (who respectively died in office), each won two-year terms as incumbents, serving the remainder of their predecessors’ terms.

Council candidates raised substantial funds for the 2010 election, although a mere drop in the hat compared to the gubernatorial candidates that set new spending precedents.

As of October16, O’Day had received $63,551, which was the highest amount of any candidate including the four-year terms. Holbrook came in second place with $58,080. He received the most contributions this period $20,205, which included $750 from Macerich executives, the owner of the new Santa Monica Place. Fifth place also went to an incumbent, Pam O’Connor who had contributions of $28,528 including $1,000 from Macerich executives.

The incumbents also received influential endorsements from the Coalition of Santa Monica City Employees Association. Both the City employees and public safety workers are entities that did not see any position cuts during a year where municipal bodies across the state saw pink slips. Not surprisingly the public safety union endorsements also went to the incumbents.