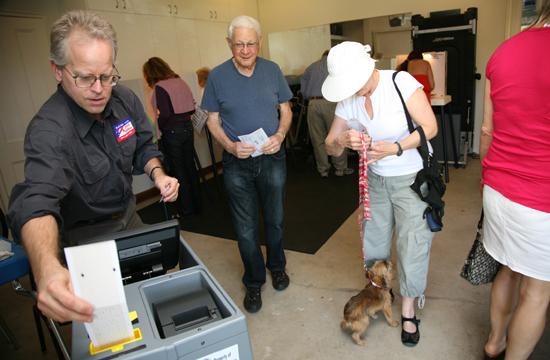 Santa Monica-Malibu Unified School District board President Barry Snell was not among the top four candidates in Tuesday’s election as voters instead gave newcomer Nimish Patel – who amassed the most fundraising cash – a seat on the board. Absentee ballots are still left to be counted leaving final numbers yet to be released.

“That is very stunning,” said incumbent board member Ralph Mechur, who was reelected to another term.”[Barry Snell] is a great guy, he’s done a lot of great work.”

Snell didn’t immediately respond to an email from the Mirror. Patel edged out Snell by 1,129 votes – just 1.4 percent.

Incumbent Oscar de la Torre was also reelected. He placed second to Lieberman, followed by Mechur in third. Challenger Laurie Lieberman emerged as the top vote-getter and another challenger, Chris Bley, was seventh. Mechur, who responded to Bley’s mismanagement accusations leading up to the election in a Mirror article on Nov. 1, was asked about the controversy following the election.

“It’s important to ask questions. Why do we do things the way we do it?” Mechur said. “The importance is asking the questions to make good decisions. The problem here was just extracting data from a database … It was unfortunate that assumptions were made by looking at data on the website. We’re not doing anything differently. Do we want to look at how we do things and evaluate it –absolutely.”

De La Torre said he was “honored to get another opportunity to lead our school district” via a text to the Mirror on election night.