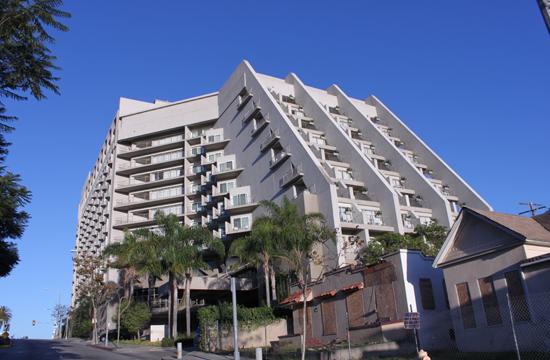 Ownership of the Sheraton Delfina Hotel in Santa Monica has changed hands in a $102.8 million-deal announced Nov. 22. Pebblebrook Hotel Trust will take over, however the property will continue to be managed by the Viceroy Hotel Group, which has been the operator since 2003.

“We are excited to acquire the Sheraton Delfina Santa Monica Hotel in the highly desirable Santa Monica market,” said Jon Bortz, chairman, president, and chief executive officer of Pebblebrook Hotel Trust, in a release. “The extremely high barriers to entry in the market, combined with the dynamic demand generators from Santa Monica and its surrounding areas, make this an excellent addition to our growing portfolio.”

Bethesda, Md.-based Pebblebrook Hotel Trust is a publicly traded real estate investment trust. The purchase marks the company’s second acquisition in California – the first being the Sir Francis Drake Hotel in San Francisco, which was attained in June of this year. The company also owns hotels in Washington state, Atlanta, Minneapolis, and the Hotel Monaco and the Doubletree Bethesda Hotel in Washington D.C. The company also recently announced an $89-million purchase of a hotel in the Philadelphia, region.

The high-end, boutique-style Sheraton Delfina, which offers Santa Monica’s only penthouse meeting space with panoramic views of the Pacific Ocean, is host to many City and private events. The company cited the recent renovation and expansion of Third Street Promenade, the redevelopment of Santa Monica Place, and the implementation of proposed civic center parks as incentives in the purchase, as all three are within walking distance of the hotel.

“Due to its stunning geographical location along the Pacific Ocean,” said Bortz, “the Santa Monica market is a highly popular year-round destination for the corporate transient and group markets, as well as the weekend leisure customer.”

Built in 1972, the hotel was expanded in 1984 and underwent an $11 million renovation in 2005. Peddlebrook officials expect to close the property within 60 days for purchase related transitional purposes. It also announced that it would invest another $9 million in refurbishment renovations beginning in approximately 18 months. The proposed expansion would also include a 100,000 square foot addition of function space and two new public parks to further assist in the expansion of the city’s economic development as a premier corporate and leisure destination. The location of this addition is expected to be directly to the west of the property, where abandoned substandard housing currently sits awaiting demolition.

Pebblebrook initially raised $350 million in its December 2009 public offering, and another $289 million in a secondary offering in July of this year, reported the Washington Business Journal. The company reported a net loss of $300,000, or 1 cent per share in the third quarter, the story also mentioned.

“Viceroy has had great success with the property and they are very knowledgeable of the unique Santa Monica hotel market,” said Bortz, who is the former CEO of LaSalle Hotel Properties, of the decision to keep Viceroy on as management. “We look forward to working with them on the Sheraton Delfina Santa Monica Hotel and future opportunities, as their knowledge and experience in operating distinctive boutique-style properties like the Sheraton Delfina Santa Monica Hotel gives us great confidence in the future for both our relationship and the property. ”