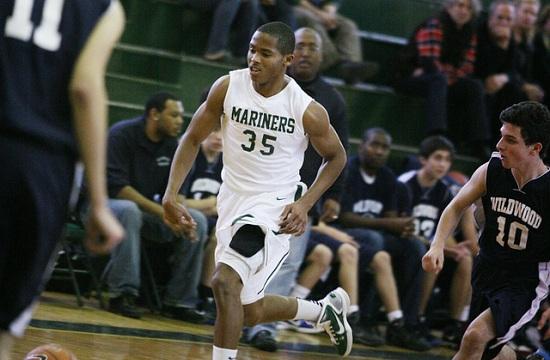 St. Monica’s first-year boys basketball head coach Khi-Min Jung had thus far led his team to a perfect record (as of Thursday evening) – but that may have changed by the time this article is read if undefeated Crossroads has anything to say about it in the two teams match up Thursday night.

Unfortunately, our production schedule won’t allow that story in this issue, so check the Mirror’s website, smmirror.com for the breaking results of that game.

St. Monica and Crossroads boys basketball team are both off to a fast start to the 2010-11 season, recording three victories each in the St. Monica Tip-Off Invitational.

In the first round game of the tournament on Nov. 29, Mariners dominated Wildwood, running away with a 74-41 victory behind dominant play from junior power forward Troy Whiteto. The Mariners then defeated Whitney and Lennox to earn a berth in the final. Tip-off was set for 8 p.m. Dec. 2.

“We basically won on defense, I think our pressure got to them and we forced a lot of turnovers,” Jung said after the Wildwood victory, his first as St. Monica’s head coach. “We shot the ball very well, it was a great way to start the year.”

Crossroads, meanwhile, took care of business by defeating a physical Pacifica team to start the tournament before dispatching LACES and La Salle. In the Pacifica Christian game, Roadrunners coach Kevin Jackson’s team was led by a breakout performance from Gysi Williams, who scored 27 points.

“That’s the Gysi we’ve been waiting for right there,” Jackson said. “The hard work he’s putting in on his jump shot and his inside game, that’s a triple-double waiting to happen every night right there. I just look forward to watching him grow and continue to get better.”