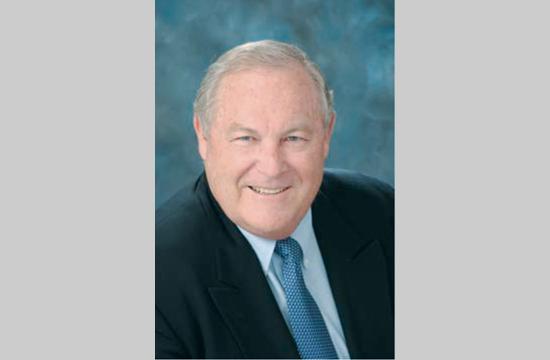 Incumbent Bob Holbrook secured the City Council seat over candidate Ted Winterer by a razor-thin margin after the two candidates leapfrogged back and forth at the polls in the weeks following the Nov. 2 election as officials tallied votes for the official winner. The final counts were of vote-by-mail ballots.

Holbrook won by only 56 votes or a mere .8 percent for the third Council seat with a full-term this mid-term election. The City Council will accept the results at the Dec. 7 meeting after the County Board of Supervisors ratifies the tallies, which was expected to happen at a county meeting Tuesday.

Holbrook received 12,775 votes while Winterer trailed at 12,719. Voter turnout reached 64 percent in Santa Monica for the more than 59,000 registered voters at the 60 precincts in the city.

“I know a lot of people voted for me (also) voted for Ted [Winterer] and I feel a great obligation to represent all the people I can,” Holbrook said. “This is the closest election that I’ve ever been involved in and I’m very happy that I won.”

Holbrook joins the entire roster of incumbents including Kevin McKeown, who won the most votes, and Pam O’Connor on full terms. Previously appointed incumbents Gleam Davis and Terry O’Day regained their seats by two-year extensions in this year’s election. Holbrook will sit on the dais for his sixth four-year term.

Holbrook has had more than a few notable close calls in his run for City office in Santa Monica. After Election Day, he pointed to a pivotal race back in the beginning of his council career where he prevailed after being down 160 votes before absentee ballots were counted. In 1998 he triumphed over Richard Bloom by a minuscule 92 votes.

Winterer has 30 days from the county’s final count to ask for a recount, said Santa Monica City Clerk Maria Stewart. There is also the option of a partial recount in only specific precincts or the vote-by-mail ballots. It costs up to $4,000 per day to recount the ballots, depending on the workforce used, Stewart said.

If the county found the numbers to be wrong, then he would not be charged for the cost, Stewart said, although a recount has never happened in Santa Monica for a City Council race.

Editor’s Note: The following is a message from Ted Winterer

Earlier this week the County Registrar certified the election results for the City of Santa Monica. The final tally left me 56 votes behind Council member Bob Holbrook in the race for the third and final 4 year seat on the City Council, a mere .08% difference of the total votes cast.

Any elector has until five days after the certification to contest the election results. Given the razor thin margin between Council member Holbrook and me, I owed it to my supporters to explore the prospects of a challenge.

We looked long and hard at the County’s report of uncounted vote by mail and provisional ballots to see if a challenge of these ballots might yield a different election result and could not find enough potential new votes to affect the outcome. And we analyzed the error rate of a hand count of the machine-generated tally in five Santa Monica precincts: while I gained a few votes in the recount the trend appeared insufficient to overcome Council member Holbrook’s lead. Given the improbability of a change in the outcome, we have decided not to contest the election results.

I congratulate Council member Holbrook on his victory and thank him for his graciousness and good cheer during what has been a difficult month for both of us.

We ran a campaign of which we’re proud: we obtained just about every endorsement we sought, reached our fundraising goals, mailed campaign literature throughout the city and spoke personally with thousands of voters. I hope the City Council will pay heed to the issues I’ve raised and the concerns of my supporters.

I will always be grateful to those who worked on my campaign, to those who donated funds towards my efforts and, of course, to those who showed their support by voting for me. I looked forward to continuing to serve our fine city as a Planning Commissioner.