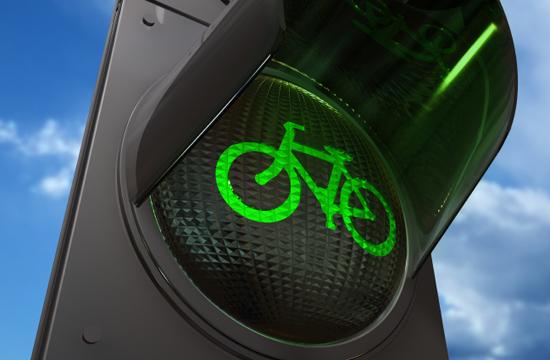 City literatures states that the “development of the Bicycle Action Plan will help implement the policies and programs outlined within the LUCE, identify resources necessary to achieve its vision, guide the evolution of a bicycle network, support facilities and other programs for Santa Monica, create a framework for community participation in evaluating and monitoring results, and enable the city to access grant funding for bicycle programming and facilities.” The goal of the workshop was to have the community give input for the plan’s priorities and implementation steps through stations manned by city staff members.

One of the implementation next steps suggested for improving the city’s bike network was having a bike route running north/south on 17th Street and east/west on Broadway. Bike routes were also requested for 20th, Pearl, Montana and 11th Streets. Better bike beach access was requested on the Pier ramp, the California Incline, and on Ocean Park Boulevard.

Concerns were expressed about having existing bike lanes next to parked cars because of the door opening danger, the cost of new bike facilities, and having safe bike routes that don’t conflict with the drop-off/pick-up at the city’s schools.

Also requested were ways to integrate the Expo Bike Path with north/south and freeway connections, placing barriers between bikes and vehicle traffic, and making the route safer for cyclists, and having better lighting.

The community suggested having more and expanded bike facilities including bike racks at major city destinations such as the beach, Pier, Downtown, Montana Avenue, parks, schools within the city, hotels, and areas that will be served by the Expo Light Rail. Also requested was outreach to existing businesses to request that they provide bike parking. Another priority was having better bike signage throughout the city for bikers and motorists and better bike lane stripping.

Participants also gave input on bikes could help meet the Land Use and Circulation Element goals of no-net-new-trips. In addition to having more bike routes the community suggested having bike valets at all events, having businesses encourage bicycle usage by giving bikers discounts, having a business delivery service for large items, having employers give financial incentives to bikers such as a parking cash-out, hiring local so people can bike to work, employers having showers/lockers on site, and employers making car share available.

Input from the workshop and a community survey will now be synthesized into a draft bike action plan by February 2011. The City’s commissions and boards will review the draft before the City Council adopts the plan in the spring. There is an aggressive timeline for the plan so that the city will meet the criteria of having a master plan in place in order to compete for grant funding.

Those who were unable to attend the workshop can still give input by taking the community survey at www.smgov.net/bikesm.