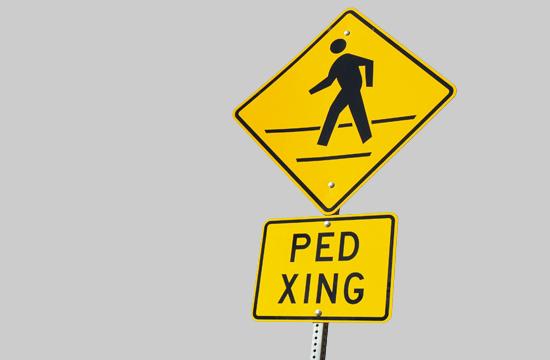 On the rain-soaked streets of Santa Monica this week, a pedestrian crossing Lincoln Boulevard was hit by a car zipping past in the early morning hours of Dec. 21.

If that pedestrian survives, this incident might seem minor in the grand scheme of things. It becomes a major issue, however, when hundreds of people die or are injured in traffic accidents involving pedestrians. That appears to be the case with Santa Monica, at least according to statistics from the state’s Office of Traffic Safety, which collects information on all traffic incidents in the state.

At 711 deaths and injuries reported in 2008, Santa Monica had the most of 103 similarly sized cities, with Santa Barbara (551) and Hawthorne (354) in the top 5 for 2008, the most recent year for which the numbers are available. Alcohol was involved in the 77 of the accidents.

The data for 2009 is expected to be released by the Office of Traffic Safety this week (check smmirror.com for updates).

“It’s something we’re cognizant about and we’re trying to address through education first,” said Sgt. Jay Trisler, the Santa Monica Police Department’s spokesman. “We approach this through a multifaceted [method]. It’s not just enforcement.”

The 2008 data indicates that pedestrians, especially those in the 65 and older group, are more likely to be victims as Santa Monica is just ahead of Alhambra and Monterey Park in the number of fatalities and injuries to that group with 15. With eight victims, teens are the group that appears least likely to be struck and killed or injured from a traffic accident, said Chris Cochran, an assistant director within the OTS’s Marketing and Public Affairs office.

Statistics, however, hardly begin to tell the story. Although Santa Monica technically has just over 91,700 residents, the number of people within City limits nearly doubles in the summer, Trisler said. With as many as 200,000 people packing the beach and shops on Third Street Promenade, they create “high density traffic” that contributes to the high rate of traffic incidents.

Furthermore, Trisler pointed out that since bicycling is encouraged by City officials, it may also be a factor in how the numbers turn out. For instance, in 2008, there were 110 bicyclists either injured or killed, with seven being under 15 years of age.