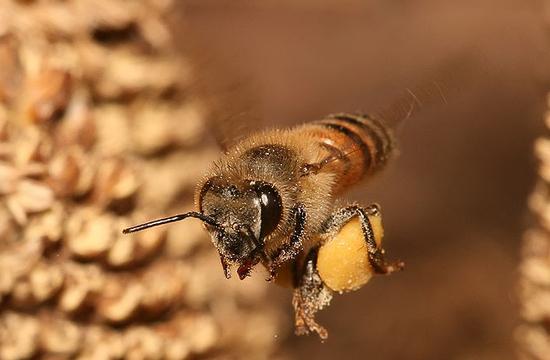 The Council voted unanimously on December 14 to amend the city’s municipal code to allow backyard beekeeping on single-family residential properties.

Now, up to two hives per a single-family property will be permitted if the beekeeper registers with the city’s Animal Control Office. Also included in the ordinance are hive placing requirements, screening and management specifics to prevent nuisance problems.

The vote was in response to a recommendation from the city’s Task Force on the Environment which earlier this year expressed concern about the declining population of bees across California. The decline, according to the city staff report, is “due to environmental stresses and disease.”

Before the vote, resident, Daniel Salisbury, who has been beekeeping in Santa Monica for 20 years stated that his “main concern is … the survival of the bees” so he suggested the amendment to the Task Force. He cautioned, however, “private beekeeping is great but you got have to have some policing of it.” He also mentioned that licensing of city beekeepers would be helpful to ensure they are following the appropriate practices for safe beekeeping.

Council member Robert Holbrook who is also a pharmacist expressed concern about lifting the ban on backyard beekeeping because it might increase the chance of people being stung by bees. He was particularly worried about those who could die because they are severely allergic to bee stings. He asked, “Why a hundred years of civic common sense was getting tossed out?”

The city’s Director of the Office of Sustainability and the Environment, Dean Kabani, responded that the amendment “was based on other ordinances in other cities that have proved to be effective.” Cities we spoke to in different parts of the country have “not reported any significant health, noise, or nuisance problems” after permitting backyard beekeeping.

Salisbury stressed that a person had “a better chance of dying in a car accident than from a bee allergy.”