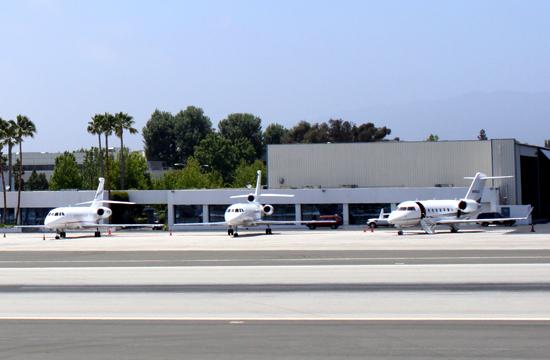 On Dec. 14, Santa Monica’s City Council voted unanimously to allow City staff to go ahead with a comprehensive public process to determine the future of Santa Monica Airport (SMO).

The airport’s future is one of the most significant land use decisions the City will make in the next decade. The City has operated the SMO since 1926, except during World War II, when the federal government ran it. Its current operations are governed by an agreement between the City and the federal government that was adopted in 1984. That agreement is set to expire in 2015.

According to the City staff report for the Dec. 14 Council meeting the agreement limits, “among other things, the maximum allowable noise level an aircraft can generate, limits the hours of operation of Airport, curtails certain types of aircraft operations, and prohibits helicopter flight training.”

Concern over the increased use of SMO by jet aircraft prompted the City to pass an ordinance in March 2008 that bans the larger Category C and D jets from using the Airport. Santa Monica banned the larger jets due to safety concerns because the airport has no runway safety areas to act as buffer zones from homes nearby should had an aircraft overrun the runway. Despite the ban, the larger jets are still flying into SMO because the Federal Aviation Administration (FAA) is challenging the ban in court.

Prior to the Council vote, Gould explained, “After the 1984 agreement lapses the City will have much more control over the operations at the Airport and the associated land uses. We think we should not wait to 2015 but now begin a thoughtful stakeholder dialogue about the options that may be before the City come 2015. It’s time to get beyond the simple discussion of maintaining the status quo at the Airport or closing it.”

Those community members who spoke were all supportive of having a stakeholder process for SMO. Ms. Davis from Sunset Park noted that one “of the first steps [in the process] should be to decide whether we’re going to take on the fight [with the FAA] or not or have it remain open.”

Friends of Sunset Park President, Zina Josephs said that her board of directors supported having an SMO public process but “they wanted health risk studies performed as well.”

Before making a motion to approve the process Council member Kevin McKeown mentioned his experience working with the community and Congressman Henry Waxman on SMO issues. He then said, “This process I think, is a very welcome one. We have to look within our community and into our hearts to decide what we want and we also have to cultivate allies. If we don’t reach some agreement on what we want we will never get it.”

Council member Robert Holbrook emphasized that if there any health risks identified with SMO “they should be part of the mix and right up front.”

The Council vote authorized Gould to enter into an agreement with the two firms he identified to assist with the initial public process. One firm is Santa Monica based RAND. The other is Point C. The RAND agreement would cost $145,00 while the Point C contract would cost $81,500. The outcome from the initial planning phase would result in a conceptual framework, a more focused planning phase, and would, according to Gould, take about 12 months.