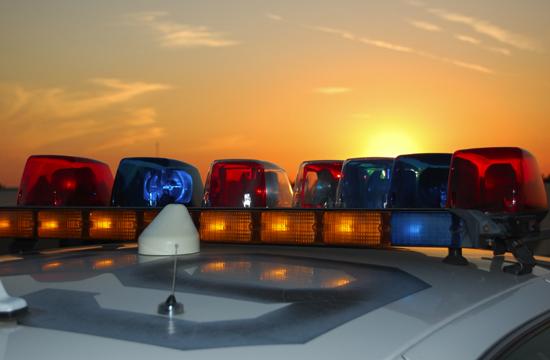 Although to some outsiders, Santa Monica may seem like a relatively quiet city by the beach, when it comes to crime, Santa Monica Police Department has had its hands full and 2010 was no exception. From uncovering a murder-for-hire scheme after a tip from local homeless to getting into shootouts with suspects on two separate occasions, police in Santa Monica have more than a fair share of stories to tell as the year winds down. Here are some of those stories.

Santa Monica-area homeless – who were solicited by a man to kill someone – instead contacted the city’s police department, which launched an investigation that uncovered the murder-for-hire scheme. The suspect was later revealed to be celebrity chef Juan-Carlos Cruz, who wanted the homeless to kill his wife for an undisclosed sum. Cruz was arrested May 13 on suspicion of solicitation to commit murder and his bail set at $5 million. In December, he was convicted and sentenced to nine years in prison.

In late October, Santa Monica police officers responding to a call about shots fired in the 1300 block of Seventh Street found a woman shot in the head and upper torso. Still conscious, the woman told the officers her husband shot her. Officers in a marked police cruiser found the suspect running northbound on Ninth Street from Broadway toward them and ordered him to stop. When he refused and retrieved a gun from his waistband and pointed it at the officers, they shot and fatally wounded him. The man was later identified as James Ramirez, 33, of Los Angeles. The woman, who survived, was hospitalized in critical condition.

In June, Santa Monica police arrested the suspects in the 2008 murder of Juliana Redding, an Arizona woman who came to Los Angeles to pursue an acting career and worked as a waitress at the time she died. Redding, 21, was found dead in her Santa Monica apartment, allegedly killed by Kelly Soo Park, an associate of the young woman’s ex-boyfriend.

According to media reports, prosecutors alleged that Redding previously dated Park’s boss, Dr. Munir Uwaydah, and he was close to launching a pharmaceutical business with Redding’s father, but the father backed out of the deal. Park was said to have received hundreds of thousands of dollars from Uwaydah before her arrest. Park was arrested with an associate named Ronnie Wayne Case in Camarillo, where both apparently maintained residence. Both were arrested on suspicion of murder with special circumstances and conspiracy and were held without bail.

In May, a Santa Monica police officer spotted someone driving their car erratically northbound on Lincoln Boulevard and when the officer initiated a traffic stop at the Bay Street intersection to investigate whether the driver was under the influence, a passenger exited the vehicle with a gun and shot at the officers. They returned fire but one of them, a 16-year veteran, was struck in the abdomen by a bullet from the suspect, a non-life threatening injury. The officer’s name is being withheld. The driver of the car, a white male from Ohio, 46, was taken into custody without incident and later released as an uninvolved party.

Later that night of May 18, Santa Monica officers found the suspect in the alley adjacent to where the traffic stop happened. Officers fired on the suspect after confronting him with a K-9. He was taken to a hospital with non-life threatening injuries and wounds received from the gunshots. The man was later revealed to be Dante Glenn Leverette, 32, of Los Angeles. He was arrested and booked on suspicion of attempted homicide.

Pico Youth Family Center founder and Executive Director Oscar de la Torre, also an elected official as a board member of the Santa Monica-Malibu Unified School District, was investigated by the Santa Monica police when a video, captured by a cell phone camera in the late summer and posted to smmirror.com, showed him watching a fight between two boys on the campus of Santa Monica High School. De La Torre did not intervene in the skirmish immediately, leading authorities to look into child endangerment accusations against him. Santa Monica police’s investigation is ongoing and nothing has yet materialized.

Derek Morton, an eight-year veteran of the Santa Monica police department, passed away Aug. 14 after battling cancer for several years. Morton, who lived in Valencia, was 34. After graduating from Saugus High School, Morton attended Whittier College and taught water polo in the city of Santa Clarita. He then decided to be a policeman and in 2002 graduated from the Orange County Sheriff’s Academy. He immediately joined the Santa Monica Police Department and advanced to the Vice and Narcotics Squad of the department. After first surgery and the beginning of chemo, he returned to work for about nine months.

Although Santa Monica Police Department Chief Tim Jackman and City Manager Rod Gould brought forth a proposal to reduce spending by eliminating two lieutenant position, the City Council voted in June against the cuts and instead implemented a hiring freeze. With the passing of Measure Y in November, the police department stands to receive some of those funds.

Crime was down nine percent across the board in the city of Santa Monica in 2010 when compared to statistics from 2009 but downtown Santa Monica is where theft is more likely to occur because of shopping crowds “More shoppers, more opportunity,” Santa Monica Police spokesman Sgt. Jay Trisler told the Mirror.

The first pedestrian fatality in the city of Santa Monica in 2010 occurred around 9 p.m. on Dec. 23 when a 19-year-old driver going westbound on Wilshire Boulevard approaching 10th Street struck and killed a 66-year-old man who was on foot southbound in the crosswalk. The elderly man died of injuries from the collision at a local hospital after being treated at the scene by the Santa Monica Fire Department.

The U.S. Department of Homeland Security tracked the 1971 twin-prop Beechcraft after taking off from SMO, but became suspicious when it’s flight plan was altered and information on its take-off location and destination were determined to be fraudulent. Originally destined for Ohio, Luster and his passengers landed at the Pontiac Municipal Airport, in Pontiac, Ill., at 3:12 p.m. on May 3 due to bad weather.

Local authorities were notified before the small plane landed in Pontiac by the U.S. Department of Homeland Security and officers from the U.S. Customs and Border Protection Service arrived by jet shortly after. Local police dogs sniffed out the contraband packed in “bricks” and carried in duffel bags. The total worth is estimated to be around $340,000.

Luster had two passengers with him during the incident, both are California residents. 30-year-old Cher Holland of Los Angeles, and 44-year-old Ernest Austin of Fonata, were charged with trafficking cannabis and given a $2 million bond each. Luster’s bond is $4 million. The three individuals have been charged with drug trafficking on a state level in Illinois, according to authorities there in Livingston County, where Pontiac is seated. Marijuana trafficking is a Class X felony meaning the three accused traffickers face prison terms of between 12 and 60 years.