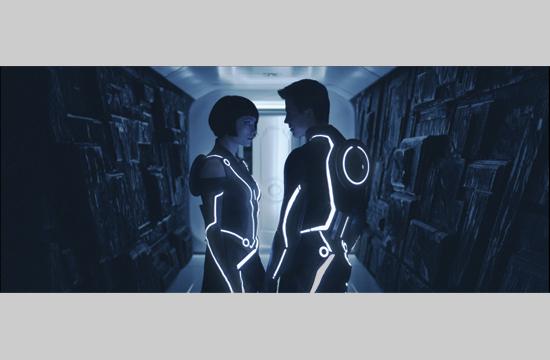 In 1982, director Steven Lisberger broke cinematic ground with “Tron,” a thrilling film in which a man is thrust into the dangerous and daunting world of a video game. Director Joseph Kosinski picks up where Lisberger left off with “Tron Legacy,” the long-awaited sequel that finds Jeff Bridges reprising the lead role after more than two-and-a-half decades. The sequel is as much fun as the original, especially if seen in 3-D.

Kevin Flynn (Bridges) is back, but he’s much more meditative than he was in the ’80s. Fans of the first film will remember this character’s youthful swagger as he busted into the mainframe at ENCOM to verify that one of the company’s fat cats was stealing the video game programs Flynn wrote. But in that film, our hero ends up in the video game “grid” where he’s stalked by other bloodthirsty “programs,” characters who want to kill him. There’s much more to the original tale than the man-versus-virtual-man battles, but suffice it to say there are heaping portions of technology lingo and computer geek good times there.

In the follow up, Kevin Flynn is an aging hippie, a yoga practitioner who is hiding out in the computer game universe, holed up in his zen lair, which is far away from the dangerous main grid. The remote location keeps Flynn safe, but it withdraws him from fighting the evil forces of Clu (also played by Bridges, who is made to look younger for the role via the magic of Computer Generated imagery), an program originally created by Flynn, who had no idea his creation would sour so fast.

As the evil Clu wreaks havoc on the grid and hatches a plan to enter the real world, Flynn’s son, Sam (Garrett Hedlund) gets yanked into the computer world. A young rebel, Sam soon becomes the pivotal character, a warrior who fights the good battle started by his now elderly father. Joining Sam Flynn on his quest to stop Clu from spreading his evil beyond the realm of the video game is Quorra (Olivia Wilde), a bad-ass woman warrior.

The special effects are definitely the draw here: as father and son zoom through the video game universe, audiences are awed by the slick motorcycles, planes, and a cadre of techie travel tools they use to get around. The only instance in which effects fail to please is in the case of Clu’s physical appearance – Bridges looks much younger, but his face appears distractingly fake.

See “Tron: Legacy” for the fight scenes, for the chase scenes, for all the reasons you’d play an ultra hip video game. You might also find yourself shedding one or two tears as Bridges works his typical arresting magic, even in a role that’s more dazzle than depth. And if you’re a “Daft Punk” fan, you’ll be totally bowled over by their electronica musical touches and on-screen appearance at an exceedingly slick cocktail lounge that’s clearly not of this world. Actor Michael Sheen also shows up at the bar, hamming it up in a gleefully over-the-top role.