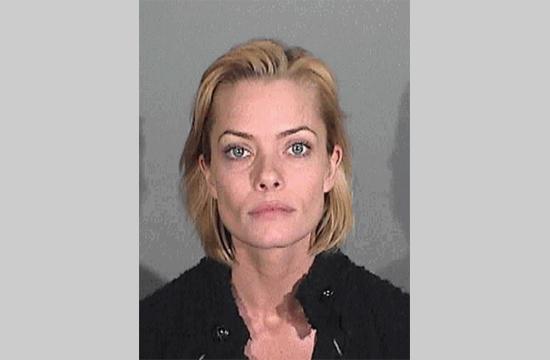 Jaime Pressly, probably best known for her role in the 2005-2009 sitcom “My Name is Earl,” was arrested on the night of Jan. 5 on suspicion of driving under the influence (DUI) in Santa Monica after the actress was stopped for vehicle code violations. Pressly registered 0.22 blood alcohol content level, TMZ reported, which is nearly three times the legal limit.

Although no traffic collision was reported to have occurred, the actress spent the night in jail. She was released the following morning after posting a $15,000 bail.

Pressly’s name is one that has seldom been printed in the tabloids and celebrity gossip magazines and sites, and this arrest is reportedly her first. The 33-year-old actress is getting her fill of negative press following this arrest. Much of the nationwide coverage of the incident is focusing more on the booking photo than the actual crime. Headlines such as “No Smiles for Jaime Pressly in Her DUI Mug shot” and “Jaime Pressly Is Latest Star to Get Ugly Mugshot” are popping up all over the Internet. Much of this focus is likely due to the actress’s inclusion on multiple most-beautiful-people lists that are common in so many magazines and websites. In 2001, Pressley ranked eighth in Stuff magazine’s “102 Sexiest Women in the World.”

Pressly was born July 30,1977 in Kinston, North Carolina to dance instructor Brenda Sue Pressly. In 2001 she became a spokesmodel for Liz Claiborne Cosmetics. Her acting career has been varied in both film and television. She was nominated for an Emmy for Outstanding Supporting Actress in a Comedy Series for her portrayal of Joy in “My Name is Earl.” In that role, she is known for her exaggerated Southern accent and “mean but loveable” demeanor. She has also been nominated for a Screen Actors Guild Award in 2006 and won in 2007, and received a Golden Globe nomination in 2007.