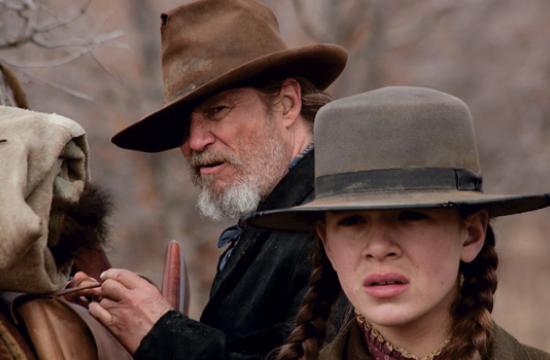 The Coen Brothers have taken a tried and true Western and made it even better. “True Grit,” the story of the infamous, one-eyed lawman, Rooster Cogburn, is back on the big screen. Though John Wayne originated the role, Jeff Bridges makes it his own.

Little Mattie Ross (Hailee Steinfeld) seeks vengeance. A tough-as-nails 14-year-old girl with braided hair and a stubborn spirit is hot on the trail of the man who killed her father, Tom Chaney (Josh Brolin). Ross wants Chaney hanged, and she wants him to know he’s hanging for killing her old man, not for his various additional nefarious crimes. Though she talks tough and bargains like a pro, Mattie can’t track this ruthless killer alone. Enter Rooster Cogburn (Bridges), a U.S. Marshal with a reputation for merciless murder and relentless pursuit of evil-doers.

Employing a style that is as simple as it is breathtaking, the Coen Brothers capture the essence of the post-Civil War American frontier. They pay perfect homage to Charles Portis’s novel, taking us through a landscape full of simple beauty and veiled peril. Bridges delights as the boozy lawman, his voice a gravel pit of cigarettes and whiskey. Steinfeld eschews sentimentality, giving Mattie Ross all the no-nonsense tenacity of her rival outlaws. Damon manages comedy and drama in a balanced, understated turn. Dakin Matthews likewise garners laughs in a minor role.

The scenes that hold the most emotional weight are those between Cogburn and Ross, an unlikely father/daughter pairing. When Mattie’s life is in danger, Cogburn goes to great lengths to save her, despite his aging body and supposed hard heart. The comedy, however, is just as compelling as the drama here, especially the scenes wherein role reversal takes place: Mattie seems more suited to the parental role and Cogburn is an eternal child.

The film garnered a PG-13 rating, which makes it a good bet for younger audiences, who may just get their first exposure to the genre with this new version of the film. It’s as good a Western as any for discovering the simple life lessons and myriad adventures the genre has to offer. And it’s nice to see a little girl on the big screen who has nothing to do with princess parties and chasing boys – Mattie Ross just might be a role model for adolescent girls who favor dirty knees over tea parties.