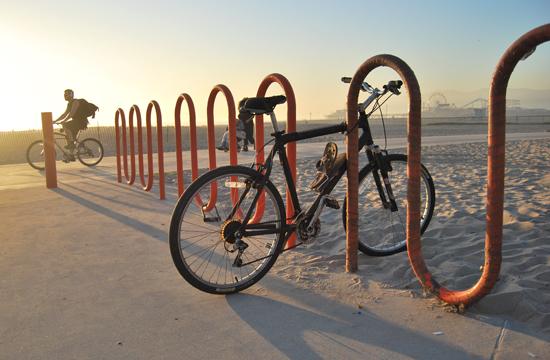 The Santa Monica City Council unanimously approved a motion to repeal a Municipal Code chapter requiring mandatory bicycle licensing and its associated fees and fines and, in its place, establish a voluntary bicycle serial number registration system at a special meeting on Jan. 16.

As part of the first reading to discuss possible amendments to the City of Santa Monica’s bicycle license ordinance and its practices on licensing fees and fines, Council members approved its motion to repeal Chapter 3.20 of the Santa Monica Municipal Code and consider enacting a new measure friendly to both law enforcement and local bicycle riders.

“You might want to consider just repealing this chapter of the municipal code and directing staff to work with the biking community, bike retailers, whomever is interested, to come up with a voluntary serial number registration system … that will try to help address bicycle theft,” City Attorney Marsha Jones Moutrie candidly suggested to the Council members and the chief of the Santa Monica Police after a lengthy discussion on the issue.

Consistent with Moutrie’s recommendation, Mayor Richard Bloom added Santa Monica residents will be able to register their bicycles on a voluntary basis at no cost until the Council enacts an official, non-mandatory registration system.

Moutrie’s suggestion was also well-received by Chief of Police Timothy Jackson, who stressed the importance of bicycle registration as an effective law enforcement tool.

“When a bicycle is stolen and reported to law enforcement, several things are needed in order to have any hope of recovery. The bicycles make, model and serial number are essential,” Jackson told the Council, adding Santa Monica enacted bicycle registration laws consistent with a state law allowing it to do so in order to help combat bicycle thefts.

Prior to Monday’s first read and subsequent motion, chapter 3.20 of the Municipal Code required the city’s residents to obtain mandatory registration for their bicycles.

A handful of residents appeared at the special meeting session, which was held on the observation day of Martin Luther King, Jr.’s, birthday, supporting a bicycle registration program in principle yet urging the Council to consider alternate forms of legislation.

Gary Kavanaugh, who was in attendance at the council meeting, earlier wrote on his personal blog his thoughts on the matter. He shared identical sentiments during public comment.

“If it is to be kept in some form I think the program should be opt in. Making it mandatory, even if only for residents, still places most local cyclists in a position of violating the law by default, who despite increased efforts to promote bike registry, often do not know it exists or is required,” Kavanaugh wrote. “The idea of mandatory obligation to register is extremely worrisome to me unless there is a serious effort to really register every bike, which would undoubtedly take more resources than is spent currently on the program.”

Other residents, including Dr. Michael Cahn, expressed concerns included selective enforcement by Santa Monica Police, the short notice of the special meeting, and the general lack of public input into the original proposal.

Council also stated a concern that the fees and fines were not sufficient enough to cover administrative costs of the licensing program.

“We’re living in a time of limited resources. The question is what can we do with the limited resources that we have to reduce bike theft,” Council member Kevin McKeown said. “Frankly, a $10 fine is a pretty ineffective motivator for people to register their bikes. We might as well just drop that entirely.”

At the outset of the agenda item, it was the original intent of the proposal to clarify and amend, not abolish, chapter 3.20 of the Municipal Code in order to conform it with state law. Specifically, Moutrie’s staff report recommend the Council enact a $10 fine for operating a bicycle without a license, a $4 fee to obtain a license, and a $2 transfer, replacement and renewal fee.

In the alternative, since only city residents would be required to obtain licenses and pay nominal fees, Moutrie’s report recommended the possibility of eliminating the local licensing requirement altogether.

However, based upon the direction of the council discussion and public comment, Moutrie made her recommendation to repeal chapter 3.20 and explore an effective voluntary serial number registration system.

Under California Vehicle Code Section 39002, cities are authorized to enact, with strict limitations, bicycle licensing requirements. Such licensing requirements have been on the City’s books since the 1970s, according to the staff report associated with the first read; the laws have, in one form or another, established fees for licensure and fines for operating a bicycle without a license.

According to the staff report, the issue was brought to the Council’s attention after it was determined the most recent fines under the bicycle registration law exceeded the limit set by state law, while the licensing fees were below the maximum allowable by state law. Additionally, several provisions of the municipal code affecting bicycle registration were apparently duplicative or were outdated.

Council members Bobby Shriver and Bob Holbrook were not present at the special meeting.