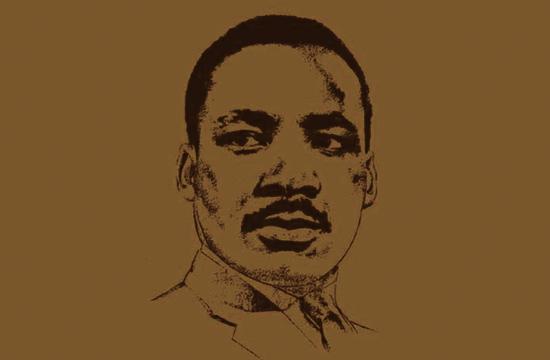 Dr. Martin Luther King Jr.’s “I Have a Dream” speech has been used for everything from postcards to sound bites, on records and in documentary films. On Jan. 9, some salient excerpts from the speech will be sung as lyrics for a new musical work to be premiered at a concert at Forest Lawn Memorial Park, Hollywood Hills.

The “I Have a Dream” composition is a 17-and-a-half minute piece by Charles Dickerson, director-conductor of the Southeast Symphony Orchestra. Dickerson will conduct the orchestra and a 60-member chorus for this piece, and also for the premiere performance of “Blessed Are the Merciful,” an orchestra-chorus work by Don Lee White. The orchestra and chorus will also perform “We Shall Overcome” in a new arrangement by Dickerson.

The event is one of many concerts held throughout the year at Forest Lawn to commemorate various holidays. For five years, the Southeast Symphony has been the featured orchestra at the annual Martin Luther King Jr. event, but this will be the first of their performances to feature new music.

The nonprofit Southeast Symphony was formed in 1948. “We’re one of the many orchestras of Los Angeles, not on the stature of the Los Angeles Philharmonic – we don’t have their name – but I think we play at least as well as they do,” said Dickerson.

“We are primarily an African-American orchestra. We were created and founded during the time African-Americans were frankly still not welcome in many major orchestras. We were founded as essentially a training ground for African-Americans to prepare for upcoming opportunities to play in orchestras, and in the movie and television industries at a time when those doors were not open.”

During the symphony’s five-year tenure as featured performers for the Martin Luther King Jr. concerts, Dickerson and the symphony performed works that he felt were appropriate. “[We performed] Symphony Number 9, also known as the ‘New World Symphony’ by Dvorak – there’s a movement in there that is really taken from a Negro spiritual called ‘Going Home.’ We thought that was very fitting.” But for this year, he wanted something that “embodied the words of Dr. King.” It was difficult to find a work written for orchestra and chorus that included excerpts from “I Have a Dream,” so “that prompted me to sit down and write.”

Dickerson was able to obtain clearance from the King estate to compose music to accompany the chosen excerpts from the speech. But how did these excerpts lend themselves to being turned into lyrics, since most song lyrics follow a rhyme scheme?

“With this piece, if I may say so myself, it is very lyrical,” said Dickerson. “You’re not looking for rhyming resolutions in this particular work but there are very complete resolutions in each of his ideas and that works very, very well.”

The concert will begin at 5 p.m. at the Hall of Liberty on the Forest Lawn grounds. Well-known television news personality Beverly White will serve as Mistress of Ceremonies, and Reverend James M. Lawson, Jr., Pastor Emeritus of Holman United Methodist Church and Dr. King’s mentor and friend, will give personal reflections about life with Dr. King.

Three of the chorus members are from Santa Monica, including Beverly Cohn, the Santa Monica Mirror’s editor-at-large.