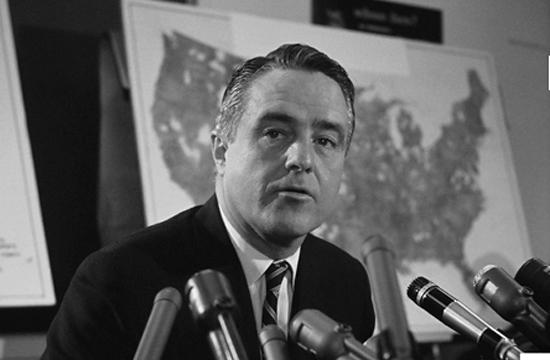 On Jan. 18, Robert Sargent Shriver, Jr. died surrounded by his five children, five children in-law, and his 19 grandchildren, after being hospitalized for several days in his native homeland in Maryland. Better known simply as Sargent Shrirver, he had suffered from Alzheimer’s disease since at least 2003. At his death, he was 95 years old.

One of his children is well-known Santa Monican Bobby Shriver (Robert Sargent Shriver III), a City Council member who just finished a term as the City’s mayor. Another of those children is Maria Owings Shriver, who was first lady of California up until a few weeks ago when her husband, Arnold Schwarzenegger, ended his second term as governor.

“He was a man of giant love, energy, enthusiasm, and commitment,” the Shriver’s said of the passed head of their family in the statement. “He lived to make the world a more joyful, faithful, and compassionate place.”

Born Nov. 9, 1915 in Westminster, Md., Sargent Shriver attended Yale University in 1934, followed by enrollment in Yale Law School in 1938, where he earned his Bachelor of Laws in 1941. Following his education, Shriver went on to serve five years in active duty in the U.S. Navy during World War II.

“Our dad… lovingly known as ‘Sarge,’ today went to heaven to join the love of his life, our mother, Eunice…” read a statement released by the Shriver family.

His passing was marked by acknowledgments from news services from coast to coast and even abroad. One Associated Press headline proclaimed, “Last link to JFK White House: Sargent Shriver dies.” But the “Sarge” was known for much more than his links to the Kennedy clan.

Perhaps his most recognized accomplishment was his creation of the Peace Corps, which he formed as a senior official in the Kennedy Administration in response to the global conflict between the United States and the Soviet Union in the Cold War. He also served as the program’s first director.

For those that are unaware of the famed program, the Peace Corps is a program that builds peace and friendship by sending Americans to work for human dignity and human welfare in the third world.

Shriver had a long political career, one that was only a part of an overall life of dedicated public service.

“He was a man of giant love, energy, enthusiasm, and commitment,” read the Shrivers’ statement. “He lived to make the world a more joyful, faithful, and compassionate place.”

“We pray that his spirit and example will guide us as we accept the challenge of living as he did. We will miss him forever,” the statement read. “May the angels and saints and all his family receive him with a party beyond all imagining.”

An invitation-only funeral is planned at Our Lady of Mercy Parish in Potomac, Md., on Saturday.