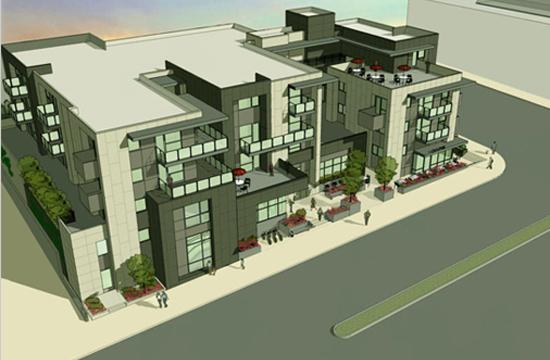 Developers in Santa Monica should have an easier time following guidelines when building affordable housing, thanks to an ordinance approved by the Santa Monica City Council at its Feb. 8 meeting

Under the new measure, the City’s municipal code would be modified so density bonuses and affordable housing incentives would be consistent with California density bonus laws. Specifically, building restrictions would be eased for developers overseeing the construction “of housing developments that contain affordable housing on-site” catered toward deed-restricted, low and moderate income occupants.

In keeping pace with California law, developers have an incentive under the ordinance to build affordable housing units with Santa Monica by receiving certain development concessions by the City.

The just-approved ordinance essentially updates a 2006 interim regulation that expired on July 26, 2010, after a four-year extension. The new measure allows limited development in residential areas; affordable units built in industrial or commercial areas fall under the purview of the most recent Land Use and Circulation Element (LUCE) provisions.

“The ordinance before you is intended to codify an interim ordinance we’ve been using for the last four years. It codifies density bonus incentives for projects that provide affordable housing on-site in residential districts,” said Bruce Leach, Special Projects administrator for the City. “It complies with state law. The statute also provides additional incentives in the form of reduced set-backs, increased lot coverage requirements.”

At the heart of the new ordinance are density bonuses and the easing of particular zoning standards. Effectively, a developer will be able to build more units than are allowed by City code if they include affordable housing within the development. Under the new ordinance’s density bonus incentive, a developer may be allowed to increase the number of units within the project by up to 35 percent.

By way of example, the staff report to the council cited a scenario where a developer presents a proposal in “the Low Density Multi-Family Residential District (R2) for a four-unit condominium project.” If the project includes an affordable housing plan, the four-unit condo project is eligible for a density bonus of 35 percent, or 1.4 further units.

In consideration of the added units, the ordinance instructs the City to provide certain concessions to the developer, such as the easing of parking requirements, a 15 percent reduction in side yard and backyard set-backs, and allowing the development to occupy 10 percent more lot space.

According to the staff report approved by Eileen Fogarty, director of Planning and Community Development, the new ordinance makes it easier for developers who provide affordable housing to comprehend City regulations and development approval procedures by reducing “confusion and (adding) clarity to the process of receiving incentives/concessions and obtaining density bonuses.”

“The adoption of LUCE and the (implementation of) zoning will provide substantial incentives for affordable housing that go beyond what the state law requires,” Leach added.

Perhaps the only issue of contention in the council’s consideration of the ordinance was a pair of complaints by two residents in the Pico neighborhood, who stated they were “overlooked” in the development of the potential amendments to the municipal code.

“As a board, we are sorely disappointed with the … planning process. The process included two meetings: one in November, and the other last week, and included all neighborhood organizations except Pico neighborhood,” stated Catherine Eldridge, who spoke to the council on behalf of the Pico Neighborhood Association (PNA).

Another resident of Pico neighborhood, Crystal Anderson, echoed similar thoughts. “The Pico neighborhood has the highest density of low-income people, and that we were overlooked was a grave oversight,” Anderson said.

Council member Kevin McKeown directed staff to look into the matter. “It’s troubling to me one neighborhood could not be involved and others would be. Perhaps staff can address that,” he said.

With minimal discussion about the ordinance above and beyond the staff presentation and public comment, the council unanimously approved the statute.

The Feb. 8 council meeting featured all seven elected officials in attendance for the first time in 2011; Holbrook had missed previous meetings due to international travel plans and the birth of his first grandchild, while Shriver took leave to attend to his father’s passing.