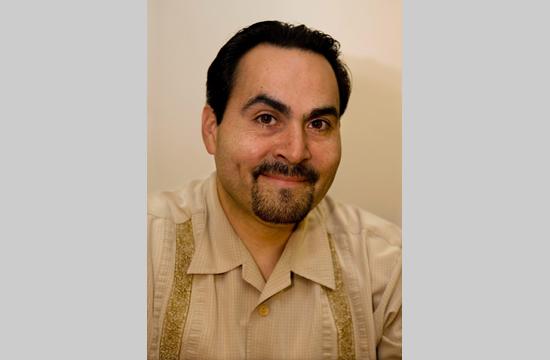 As a lifelong resident of Santa Monica I love this city and I am proud of our City Council’s action this Tuesday night (Feb. 22). I thank City Manager Rod Gould for his courage and conviction in calling for an independent review of a sham investigation by the Santa Monica Police Department that threatened to take my freedom and ruin my career in youth services.

My family has suffered as a result of this malicious attack and although no amount of police reform can give me back what I have lost, nevertheless I look forward to hearing a report back in 90 days to the City Council on the changes that will make for a more just police department.

Moreover, I hope that the “internal investigation” of SMPD regarding my case will answer the questions of motive, intent, and collusion behind the obvious bias in Sgt. David Thomas’s “investigation.”

Police Chief Tim Jackman has a difficult task ahead of him as he determines the parameters of this internal investigation and I am confident, based on my experience with certain elements within SMPD, that he will conclude what many of us already know.

Shamefully, other elements within the police department have a long history of abuse and although I can speak at length of the various individual incidents, for the purpose of this editorial, I will solely focus on incidents that I have personally witnessed.

• In 1991 more than 900 hate letters were sent to Latino families attending Santa Monica High. The community demanded a thorough investigation into possibly the largest hate crime in Santa Monica’s history.

At the age of 19, I personally delivered a list of three demands to then Police Chief James Keanne calling for a stepped-up investigation. Chief Keanne threw our demands to the floor and, as he left us alone in his office, he uttered to the Latino officer in the room, “You tell your people that they don’t come into my office making any demands.” To this day, this hate crime – affecting more than 900 Latino families – goes unsolved.

•  In 1994 the Santa Monica Police Officer’s Association sent malicious political hate mailers assassinating then–Council member Tony Vazquez’s character during his re-election campaign because he was a vocal critic of the police department’s racial profiling against Latino and African American youth.

Vazquez was and is the only Mexican American ever to be elected to the Santa Monica City Council. These politically motivated attacks caused Tony to lose his re-election bid and our community’s hope of an inclusive democracy was derailed.

• In 1998, fearing negative publicity, then-Chief of Police James T. Butts (now Inglewood’s mayor) sent police officers to convince me that we should stop organizing a peace march in response to four gun-related homicides. As officers realized we were undeterred by the threats, the Chief wore a suit and joined the front of the march. In that wave of violence, the killers of a tourist were brought to justice but the families of various murdered Santa Monica youth have yet to heal as many of those homicides remain unsolved.

• In 2002 Mothers for Justice organized more than 100 people to denounce officers who were arresting 12- and 13-year-olds and charging them with “assault with a deadly weapon.” Imagine receiving a call that your child has been interrogated by police without your consent, handcuffed, and sent to jail for a schoolyard fight.

Then–Chief of Police Butts sent a sergeant to deliver threats in my office stating, “You need to stop organizing parents because the Chief has a lot of influence over who receives City grant funding.” Despite the threats, community leaders forced the school district to implement a police on campus form and protocol that protects students’ rights.

• In 2005 the same sergeant in the 2002 incident and other officers threatened to arrest me for talking to students about keeping the peace at Samohi after a racially charged student melee. At a school board meeting and in the press, SMPD accused me of bringing “shot-calling gang members to campus” and claimed that one of my invited speakers had “ordered assaults.” But, to this day, that accused individual has never been arrested for the alleged crime SMPD touted. These character assassination tactics were precursors of what would come in 2010.

• The influence of the police department is far– reaching within many areas of our City government. On Aug. 11, 2010 at a “know your rights forum,” staff from Virginia Avenue Park told me (in front of various witnesses) that I could not “talk about my case with SMPD or bash police.” I feel my First Amendment rights were violated and I was censored in public space.

As Americans we should be alarmed when government officials misuse our tax dollars and abuse the authority we grant to them. When sworn police officers are permitted to use bias, bigotry, and sham investigations to violate constitutional rights and threaten the freedom of elected officials, we are all at risk.

As Santa Monicans read the report from the Office of Independent Review we must all reflect on the steps we want our City government to take to restore the public trust and ensure that every employee on the City’s payroll adheres to a public ethos of fair, accountable, and honest government.

Oscar de la Torre is a Santa Monica-Malibu Unified School district Board member and the executive director of the Pico Youth and Family Clinic. To read a story related to this column, click HERE.