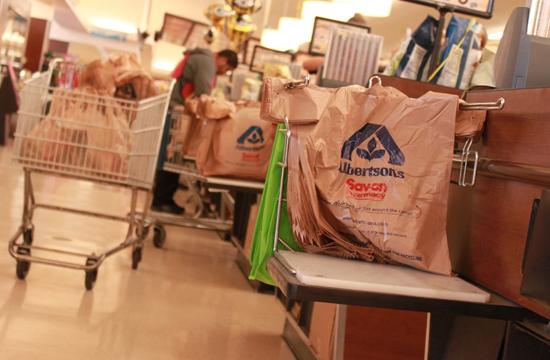 A citywide ban on single-use plastic bags, unanimously approved by the Santa Monica City Council on Jan. 25 and expected to “stand up in court,” has steered clear of one lawsuit by the group most likely to pursue a legal claim against the City of Santa Monica.

Through its attorney Steven Joseph, the Save The Plastic Bag Coalition (plastic bag advocacy group) said it is pleased with the City’s environmental impact review (EIR), hence the group will not pursue a lawsuit against Santa Monica and its plastic bag ban ordinance.

“We do not plan to sue Santa Monica as the City prepared an EIR. While the EIR is not perfect, the City made two important changes to its ordinance based on the EIR,” Joseph told the Mirror on Jan. 31, adding the group is most vigilant in ensuring that local governments indeed undertake a thorough environmental impact review prior to enacting any ordinances banning plastic bags.

The two ordinance changes Joseph referred to were noted in a posting on the Save The Plastic Bag website after the Jan. 25 council meeting, taking note of Santa Monica’s thorough EIR.

“We commend the Santa Monica City Council for making important changes to its ordinance based on the findings in its EIR and the Los Angeles County EIR,” the statement read. “The changes were (i) acceptance of polyethylene reusable bags, which Los Angeles County determined in its EIR are far better for the environment than cloth or polypropylene reusable bags; and (ii) permitting restaurants to use plastic bags for prepared food to be consumed off the premises, thereby preventing a major environmentally detrimental switch to paper bags.”

Joseph spoke at the Jan. 25 council meeting, stating an unfairly negative light was shed on the plastic industry and stories of a garbage patch in the Pacific Ocean allegedly twice the size of Texas was a “myth” and unfounded.

In making changes to the ordinance to be consistent with the County’s EIR directives and performing its own thorough environmental impact review, the council believed it has taken proper steps to prevent a lawsuit while heeding the California Environmental Quality Act (CEQA).

By working to avoid a lawsuit with meticulously conducted environmental impact review, combined with the failure of AB 1998 (a proposal to ban plastic bags statewide) in September 2010 and the passage of Proposition 26 last November, the plastic bag ban was delayed several years; council had first considered a ban on plastic bags in 2007.

While the Save The Plastic Bag Coalition stated it would not pursue a legal claim against the City’s plastic bag ban, the group generally files lawsuits against civic entities that do not perform an adequate and thorough EIR. One such lawsuit was filed against the nearby City of Manhattan Beach.

A California Courts of Appeal, Second District, ruled last year a that Manhattan Beach ordinance banning plastic bags would be vacated because the city did not conduct an EIR in accordance with California law.

As stated on the Save The Plastic Bag website: “On Jan. 27, 2010, the California Court of Appeal issued its decision in Save The Plastic Bag Coalition v. City of Manhattan Beach. The court ruled that we had presented ‘substantial evidence’ that paper bags are significantly worse for the environment than plastic bags and that the city should therefore have prepared an Environmental Impact Report (EIR) before banning plastic bags.”

However, the court’s written opinion clarifying the court’s ruling did not affect the merits of Manhattan’s Beach ordinance.

“We do not resolve the question of the ultimate merits of whether the plastic bag distribution ban should be implemented,” the court wrote in its ruling. “All we are saying is that an environmental impact report must be prepared given that it can be fairly argued based on substantial evidence in the record that the ordinance may have a significant environmental impact.”

Amicus curiae letters were written on behalf of Heal the Bay and Californians Against Waste, urging its justices to review last week’s appeals court ruling against Manhattan Beach because, as one letter states, it “undermines the greater cause of environmental protection … and may even discourage public agencies from adopting environmentally beneficial laws.”

Despite the group’s legal battle with Manhattan Beach, the Save The Plastic Bag Coalition’s acknowledgement of the council’s satisfactory EIR is perhaps a reflection of the City‘s patience in moving forward with its plans to ban plastic bags throughout Santa Monica.

Prior to the council’s vote on the plastic bag ban ordinance, Council member Kevin McKeown said he believed the ban “will stand up in court … (and) is going to stick” because the City staff did its part in conducting a thorough (EIR).

Dean Kubani, the director of Santa Monica’s Office of Sustainability and the Environment, told the Mirror he sensed the Save The Plastic Bag Coalition would not move forward with a lawsuit against the City.

In an preemptive attempt to block potential lawsuits by the Save The Plastic Bag Coalition or any other related entity, Kubani’s 25-minute presentation prior to the council vote at the Jan. 25 meeting was a demonstration, in part, that the City had performed its legal due diligence.

“My feeling was after the council meeting the other night they were backing off the threat of suing,” Kubani said, adding the City also received letters from the American Chemistry Council (ACC) and from a group that makes oxy-biodegradable plastics. “I think they backed off their threat because we countered their arguments with key points in the EIR.”

Kubani added neither he nor the council has heard from either group since last week’s council meeting.

Santa Monica’s plastic bag ban, which was under development for three years, is scheduled to go into effect 30 days after the council’s action; however, enforcement of the ban will not take place until Sept. 1.

As part of the ban, retailers across Santa Monica are not permitted to provide to its customers a single-use plastic carryout bag; a 10-cent fee was incorporated on recycled paper bags to promote the use of reusable bags.

Other California communities reportedly considering a ban on single-use plastic bags include Calabasas and Daly City.

Oregon is hoping to be the first state to enact a statewide ban on plastic bags, according to KVAL News in Eugene, Ore.